How Long Do Amphetamines Stay In Your System? 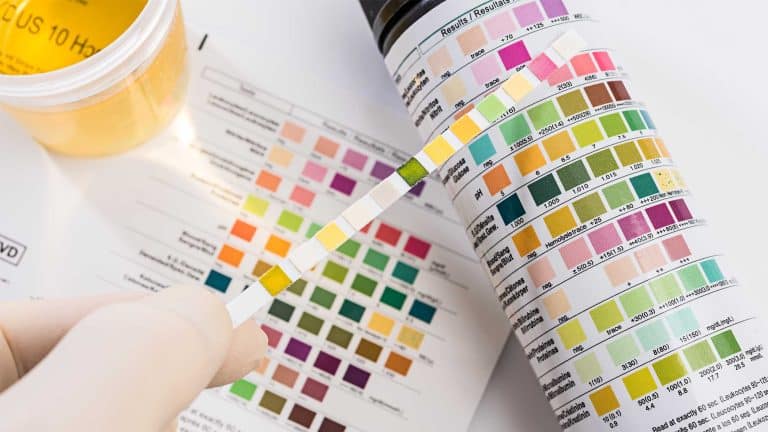 Amphetamines can stay in your system for up to 50 hours after the last use.

Amphetamines are strong substances that see widespread drug use. Legal forms of amphetamines can treat attention deficit/hyperactivity disorder and narcolepsy. Illegal amphetamines are drugs of abuse that can increase energy and reduce inhibitions.

How Long Types Of Amphetamines Stay In Your System

Half-life is one way to tell how long a drug stays in your system. Half-life is the amount of time it takes for a drug to drop to half its maximum concentration after it is taken. After five half-life cycles, most drugs are almost completely removed from the body.

Even after 5 half-life cycles, traces of a drug can still be detected in hair, urine, and other specific parts of the body. Many amphetamines have similar half-lives and detection times.

Unlike legal amphetamines, meth is an illegal drug. Taking methamphetamine in any way is a form of drug abuse. Testing positive for methamphetamine can make your employment or legal prospects less appealing.

Adderall can stay in a person’s system for over two days. Adderall has a half-life of ten hours, which is similar to other amphetamines.

Adderall is one of the most commonly taken amphetamines in the United States. It is taken both legally and illegally. Some people may take Adderall to help with productivity, but testing positive on a drug test can hurt your productivity in the long run.

Dextroamphetamine can stay in your system for about two days. Dextroamphetamine is an alternative to Adderall that can treat ADHD, narcolepsy, and obesity. It is available in immediate-release and extended-release prescription medications.

Extended-release Dexedrine may stay for longer in the body. Extended-release and immediate-release dextroamphetamine have the same half-lives, and the two formulations may have similar detection times overall.

Drug Tests That Can Detect Amphetamines

Urine tests are one of the most common forms of drug testing. Amphetamines can be detected in urine for about three days.

Urine PH, or how acidic urine is, can also affect how long a drug stays in urine. Higher pH levels can affect detection times. Diet and substance use can both affect urinary pH.

Some studies have detected methamphetamine in urine 7 days after the last dose. Methamphetamine may have a longer detection time in urine compared to other parts of the body, especially if someone has a high frequency of use.

Blood tests can detect amphetamine metabolites for anywhere between several hours to over a day. Blood tests are seen as more accurate than urine tests, but the detection window tends to be shorter.

Amphetamine metabolites do not stay in the blood. Once their concentration goes down, they tend to leave the bloodstream to be excreted.

Blood tests often require invasive methods, which may be too uncomfortable for some people. Blood tests tend to be less popular than other types of drug tests.

During a hair test, a piece of hair is cut out and studied. Hair tests can be more reliable in testing for long-term substance abuse.

Amphetamines can be detected in oral fluid for anywhere between a few hours to more than a day.

Saliva tests may be less common than urine or blood tests. While they are noninvasive, the data taken from saliva might be less consistent than samples taken elsewhere.

To find a treatment center that caters to the mental health needs of yourself or a loved one, contact our helpline today.