How Long Does Oxycodone Stay In Your System? 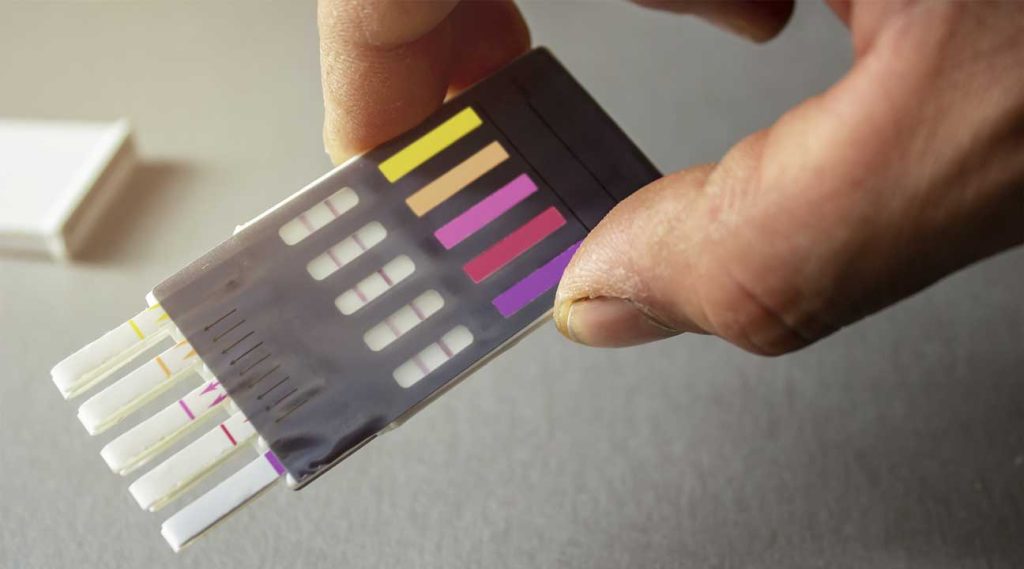 Oxycodone is an opioid similar in effect and chemical structure to hydrocodone, codeine, or methadone, and is prescribed in various forms to treat moderate to severe pain.

Oxycodone (often combined with acetaminophen) is widely used within the healthcare system, and widely misused in American communities due to the drug’s availability and a high potential for dependence and addiction.

Popular brand names for oxycodone pain-relief medications include Percocet, OxyContin, Roxicodone, and Roxicet. The medication is available in liquid, tablet, and capsule forms.

As the drug enters the system, the body works to break down the drug and filter it out via the kidneys and the urine.

Oxycodone’s broken-down metabolites—namely noroxycodone, noroxymorphone, and oxymorphone—can be detected via drug testing using samples of urine, hair follicles, blood, and even saliva for differing periods of time long after the drug’s effects have worn off.

If any metabolites are revealed by the drug test, the person has taken oxycodone at some point.

General limits defining the detection window for oxycodone’s metabolites include:

The half-life of oxycodone is between three to five hours. This is the amount of time it takes for one half of the remaining dose to be eliminated from the bloodstream.

Around five half-life periods are required for the last dose of oxycodone to be more or less totally eliminated from the bloodstream, depending on the product taken and how quickly or slowly it releases its active ingredient:

How Long Does It Take To Feel Oxycodone’s Effects?

When an individual takes oxycodone it stimulates opioid receptors inside the brain and nervous system, releasing dopamine and causing various effects throughout the body, ultimately blocking pain and producing feelings of pleasure and euphoria in high enough doses.

Generally, oxycodone’s effects on the body:

Oxycodone elimination times vary based on how often the drug is used, the amount taken, age, metabolism, genetic makeup, body mass, and gender.

Some key factors include:

Oxycodone, like other opiates, is classified as a Schedule II controlled substance. This means that it has a high potential for substance abuse, with non-prescription or long-term use of the drug leading to addiction and severe psychological and physical dependence.

Moreover, taking oxycodone in high doses or combining it with other substances poses a serious risk of overdose.

Opioid drug abuse may also cause side effects including:

Going off oxycodone after using it for a length of time may also result in withdrawal symptoms, which can be severe and should be managed by a healthcare provider as part of a detox program.

How Long Is OxyContin In Your System?

How Long Is Percocet In Your System?

How Long Is Morphine In Your System?