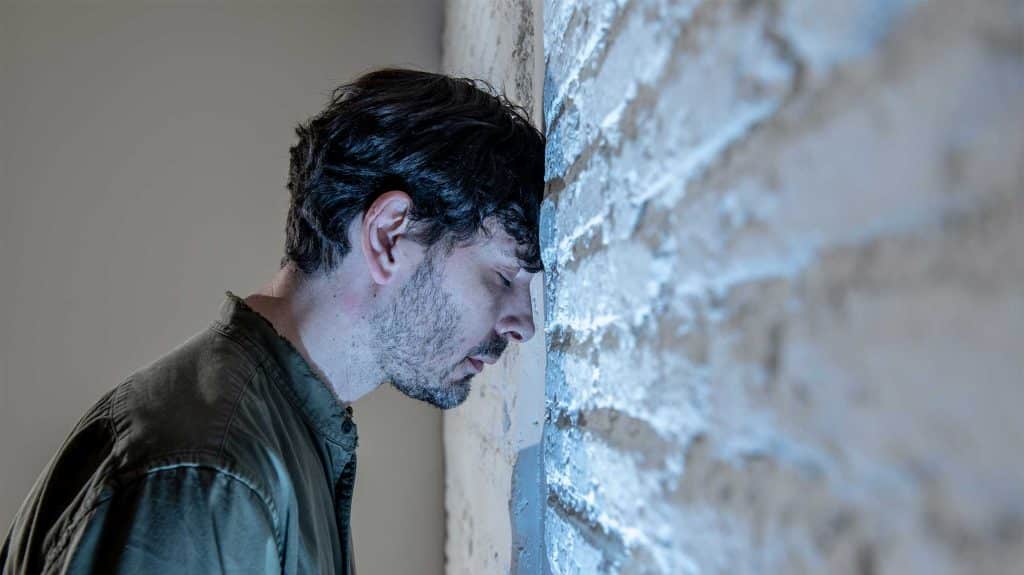 Methamphetamine abuse has been linked to long-lasting, persistent psychosis in some patients. This methamphetamine psychosis can have similar effects as schizophrenia, a serious mental health disorder.

Methamphetamine-induced psychosis and schizophrenia are separate mental health issues. However, methamphetamine use has been linked to the development of schizophrenia in some cases. Both disorders can be caused by similar changes in brain chemistry.

Treatment programs for meth-induced psychosis or schizophrenia may use similar methods, though they are usually treated as separate disorders.

Meth-induced psychosis and schizophrenia have many similar symptoms. They may affect similar parts of the brain, as meth use and schizophrenia may be related to the amounts of certain neurotransmitters in the brain (dopamine, serotonin, norepinephrine).

Psychotic symptoms that can be shared by meth-induced psychosis and schizophrenia include:

Can Meth Cause Schizophrenia?

Official medical texts like the DSM-V (Diagnostic and Statistical Manual) list meth-induced psychosis and schizophrenia as separate disorders. However, several studies have suggested a link between meth use and the development of schizophrenia later in life.

Studies from Thailand and China show that a large number of patients admitted to treatment centers for meth psychosis had their diagnoses changed to schizophrenia after their psychoses did not go away.

Other studies have suggested that schizophrenia is a risk factor for meth psychosis during meth use, and not the other way around. Though these disorders may have connections in some patients, more research may be needed to find a precise link between them.

Schizophrenia and meth-induced psychosis have many similarities, but differ in what may cause them and how they may affect the body.

Meth-induced psychosis is caused by meth abuse. Meth, a powerful amphetamine, can have side effects that change your perception even in lower doses. Meth psychosis is not caused by other mental illnesses, such as schizophrenia or other disorders that involve psychotic episodes.

Some studies have linked drug use to an increased risk of schizophrenia. Schizophrenia had a higher prevalence in people with a history of drug abuse compared to the general population. This included several drugs of abuse, such as cannabis, opioids, and meth.

Meth use often comes with a number of side effects, including psychosis. A popular illicit drug, meth is also known for its powerful physical effects. Hyperactivity, faster breathing, and damage to the teeth and gums are common side effects of meth use.

Unlike meth, schizophrenia is not known for its physical effects. Schizophrenia alters the perception of the person affected. To an observer or loved one, a person going through a schizophrenic episode may seem withdrawn or nonsensical.

Meth-induced psychosis usually happens during or after recent meth use. If you haven’t taken meth for a long time, there is a much lower chance you will have symptoms of psychosis.

Cases of persistent psychosis for months or even years after stopping meth use have been reported, but are relatively uncommon.

On the other hand, schizophrenic patients often have to deal with their psychotic disorder for their entire lives. Psychotic symptoms may be affected by forms of drug use, but schizophrenia is likely permanent after its onset.

Meth-induced psychosis and schizophrenia have different treatment methods. Meth psychosis is likely a sign of a chronic substance use disorder. Treatment may involve reducing your dependence on methamphetamine and learning skills to replace substance abuse.

Treatment for schizophrenia may focus on managing symptoms of psychosis and learning how to function after a psychotic episode. While schizophrenia does not historically respond well to treatment, new methods are always being researched and developed.

Both conditions can affect your ability to function in everyday life. To find the best mental health or addiction treatment for yourself or a loved one, talk to your healthcare professional or contact us today.