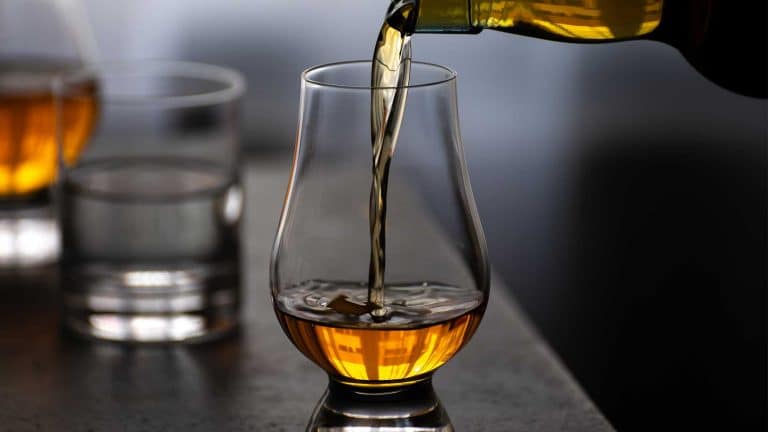 If you’ve ever wondered what scotch tastes like, you might be surprised to know that there isn’t just one answer. In fact, it’s easy to get scotch and bourbon whiskey confused considering they are both known to be whiskeys.

Malted barley is the primary ingredient for scotch, causing it to have a malty taste. However, due to a variety of different ways that scotch can mature, such as with a specific cask, there can be multiple flavors.

For a drink to be considered a scotch, it must be made at a distillery in Scotland using barley or a mix of grains. When referring to this type of scotch, the “e” is left out of whiskey. “Dram” is the Scottish word for “drink.”

Although American and other countries use the word “whiskey,” Scotland uses whisky. Therefore, Scotland produces a scotch whisky. Canada has adopted the Scottish version of the word whisky while the United States and Ireland continue using scotch whiskey.

Highlands, the Isle of Islay, Campbeltown, and the Lowlands of Scotland contain various distilleries.

All around the world, the whiskey taste differs due to the countless distillation processes. For instance, Canadian whisky can actually be referred to as rye whiskey due to the fact that the distillers use rye.

Irish whiskey undergoes three rounds of distillation which can change the whisky taste. Your taste buds are certain to notice the subtle differences between various types of scotch.

The Different Tastes & Types Of Scotch

There are a variety of scotch options. A single malt scotch whisky is made using only malted barley. This type of scotch is created using a single distillery instead of multiple distillers.

Once the barley is washed, it undergoes the fermentation process. In addition to single malt, other scotch whiskeys may provide unique flavors. This depends on if the casks and barrels used extra ingredients, such as dried fruit which can add a fruity taste to your scotch.

Since scotch is made with distilleries and must be aged for months and sometimes years, the taste of the scotch can have different flavors.

For instance, specific oak barrels or oak casks can be used during the aging process to create a unique flavor profile. American oak casks are usually used for bourbon, not scotch.

A single malt scotch may taste smokey, oaky, and peaty. The smokiness flavor and smell can range from strong to just a hint. A blended scotch contains both aged malt whisky and grain whisky.

Once the scotch is ready to be bottled, the final alcohol by volume (ABV) should not be less than 40 percent.

The following is a list of whiskey options and their ages:

If you think you’re drinking too much scotch, contact us today to learn how we can help.