Is Scotch Good For You? | Potential Health Benefits & Risks 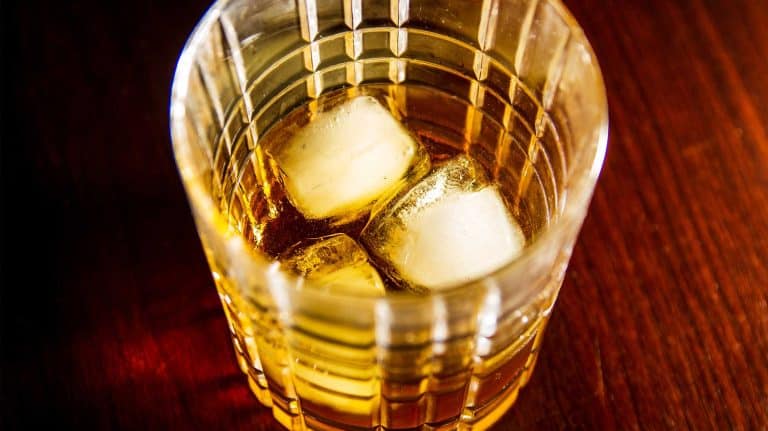 Many studies link moderate alcohol consumption to health benefits, including a lower risk of certain cancers, better heart health, and less “bad” cholesterol in the body.

Drinking whiskey moderately may stand out from other forms of moderate drinking, due to some of the unique compounds that end up in bourbon, Scotch, and other forms of whiskey.

The word whiskey comes from a Gaelic phrase meaning “water of life,” and the potential health benefits of whiskey might back up this promising origin at first. However, Scotch can be bad for your health if you drink too much of it.

Are There Any Health Benefits Of Scotch?

For a standard 80 proof (40% ABV) bottle of Scotch, this comes out to no more than 3 ounces of whiskey (for men) or 1.5 ounces (for women). Going over this limit is a form of excessive drinking, and excessive drinking is where health benefits are replaced with health risks.

Ellagic acid is an antioxidant compound found in Scotch. Experts believe ellagic acid can bind to free radicals, which are molecules that can cause cancer if left alone. High amounts of ellagic acid may be found in whiskey, even more than red wine.

The late Dr. Jim Swan made this claim about whiskey in 2005, and it has since been repeated by whiskey enthusiasts. Earlier studies point to ellagic acid being present in whiskey and other distilled spirits, who likely get these antioxidants from wood barrels they are aged in.

Since 2005, not many studies have been conducted to support or refute Dr. Swan’s claim. Whiskey and red wine also have antioxidants called polyphenols, which can reduce bad cholesterol and increase good cholesterol (HDH) in your blood.

A standard shot of whiskey (about 1.5 ounces) has around 100 calories and no carbohydrates added sugars, or fats. Scotch can be an appealing drink for people who are interested in weight loss, especially compared to drinks that are high in carbs (like beer).

Scotch whisky is also gluten-free, even though it is made from grains. Whiskey is less likely to trigger a gluten allergy than alcoholic drinks that have gluten, like beer or hard cider.

Whiskey does not significantly affect blood sugar levels, which means it can be less risky to drink for people with type 2 diabetes. Several studies also show that moderate drinking is linked to a decreased risk of type 2 diabetes, no matter what alcoholic beverage was studied.

The link between Scotch and dementia is still not clear. Some studies show that moderate alcohol intake is linked to a lower risk of dementia and Alzheimer’s, while other studies disagree with these findings.

More recent studies point to alcohol being a risk factor for forms of dementia. Whiskey has no specific ingredients that are linked to a higher or lower risk of dementia.

Cure For A Common Cold

A “hot toddy,” which is a drink containing whiskey, lemon juice, honey, and hot water, is a home remedy that dates back centuries. Many experts suggest that a hot toddy can actually help with mild cold or flu symptoms.

The depressant effects of Scotch can help you relax in small amounts. The amount of alcohol that goes in a hot toddy is small, and most of the other ingredients may play a larger part in helping your sore throat and other cold symptoms.

Moderate alcohol intake may help prevent various diseases. Some studies have findings that suggest moderate drinkers have lower mortality rates than non-drinkers. However, even studies that point to this conclusion still see the risks of alcohol, even in moderate amounts.

Where moderate drinking can lower some health risks, heavy drinking can increase them. Scotch might have unique potential benefits, but too much Scotch is still linked to a higher risk of heart disease, higher cholesterol, obesity, and more serious health problems like:

Moderate drinking can still be dangerous for some populations.

Health experts say, pregnant women, people with a history of alcohol abuse, and people with an allergy should not drink alcohol at all. If you feel like the risks of drinking Scotch outweigh the benefits, please contact our helpline today.