The Link Between Alcohol Abuse & Suicide 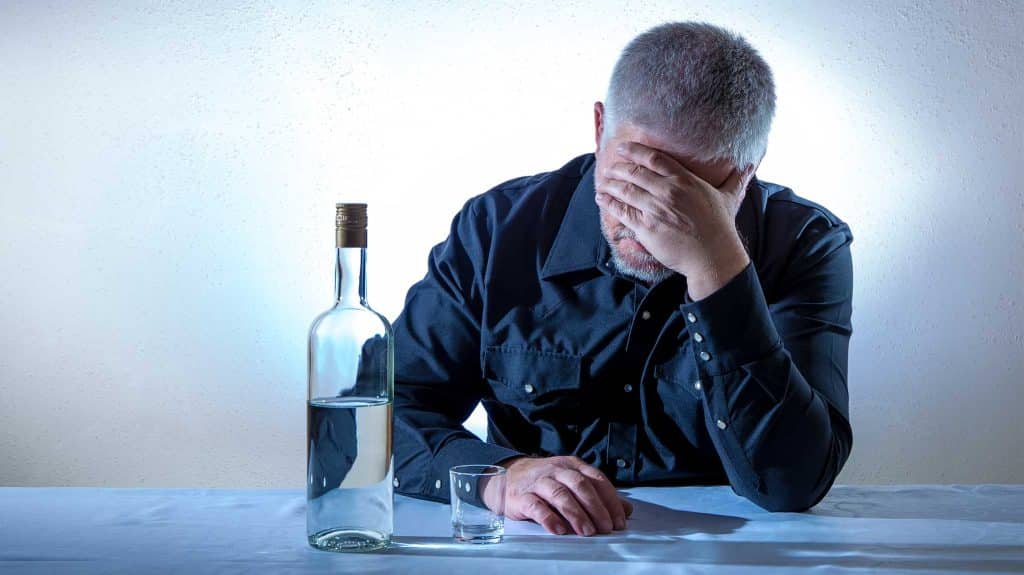 If suicidal thoughts or alcohol abuse are issues for yourself or a loved one, there are signs you can look out for, risk factors you can consider, and treatment options you can access.

How Are Alcohol Abuse & Suicide Linked?

Alcohol abuse and suicide are linked through a number of different factors, including clouded judgment, co-occurring disorders, and quitting alcohol cold-turkey.

Alcohol use impairs judgment and increases impulsivity. While sober, a person may see suicide as something they wouldn’t do, but when feeling the intoxicating effects of alcohol, it could appear to be a logical next step.

Alcohol use disorder is also a common co-occurring disorder with mental illness. Alcohol is often a type of coping mechanism or form of self-medication for people with depressive symptoms, anxiety, and other mental health issues.

Depression and alcohol can be a lethal mix for self-harm, potentially leading to completed suicide.

Even those with alcohol addiction who are trying to quit have a higher risk of suicide. Why? With alcohol no longer hiding unwanted or negative emotions, suicide begins to look like a real option. The unpleasant withdrawal symptoms don’t help either.

This is especially true for those who quit cold turkey and don’t have a treatment plan in place to help them through the worst of withdrawal symptoms.

Studies support the link between alcohol abuse and suicide. Alcohol is estimated to be part of 25% of all cases in the U.S where suicide was the cause of death.

According to SAMHSA, a diagnosis of alcohol dependence is associated with a suicide rate that’s 10 times higher than the general population.

The CDC also found that approximately 22% of deaths by suicide involved alcohol intoxication and a blood-alcohol content at or above the legal limit.

Warning signs of alcohol-induced suicidal thoughts or behaviors may include:

A common side effect of alcohol abuse is an increase in risky behaviors like drunk driving, drug use, and unhealthy sexual behavior. A pre-planned suicide attempt could also be a sign of risky behaviors.

Talking or even joking about suicide while drunk can also be a warning sign that someone is at risk of suicide.

Researching How To Take Their Own Life

Looking into ways to kill themselves can be a big sign someone might be at risk and need help. They may Google methods related to suicide, or even buy a weapon, rope, or other tools used for self-harm

Talking about feeling hopeless or feeling they have no reason to live can be a sign someone might try to hurt themselves. They may give up activities they once enjoyed or feel like nothing is worth doing.

Withdrawing from those around them can be a sign that someone is thinking about suicide. They may lock themselves away in a room, avoid gatherings, or limit any social interaction.

Mood swings can be a sign of depression, anxiety, or other mental illness that can lead to suicide. Mood swings can be so severe that they interfere with daily life, and are defined by an abrupt or jarring change of mood.

There are quite a few common risk factors (also known as predictors) that may eventually lead to alcohol addiction and/or suicidality. Some of those risk factors include:

Seeking treatment for both alcohol addiction and depression is one of the most effective measures of suicide prevention.

Treatment may include inpatient or outpatient care and a detox program depending on the severity of the case and whether the person is alcohol-dependent or not.

Many inpatient treatment programs offer plans for recovery that can address alcohol misuse and suicidal behaviors with psychiatry and other mental health care.

Part of these plans can include medications like antidepressants. It all depends on what your healthcare provider decides will work best for you.