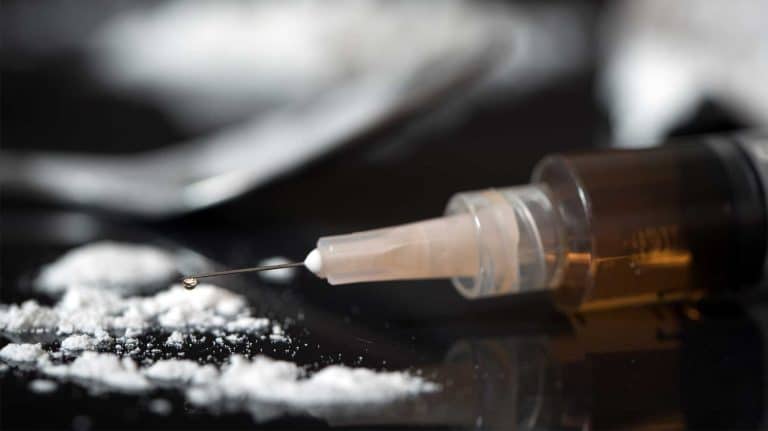 Heroin is an opioid drug made from an opiate (natural opioid) called morphine. It’s usually injected, snorted, or smoked.

No matter how it’s used, the drug causes a rush of euphoria (intense joy). To increase this effect, some people mix heroin with other drugs. This behavior can cause serious health problems.

The substances that most commonly get mixed with heroin are:

When you mix heroin and alcohol, the drugs may slow down your central nervous system functions to the point of fatal overdose. Common signs of overdose include:

If you or someone you know experiences these symptoms, seek emergency medical care right away.

Along with overdose, other potential effects of mixing alcohol and heroin include:

Benzodiazepines are prescription drugs that cause sedation (a state of calmness or sleepiness). They’re likely used to treat anxiety, seizures, and insomnia. Popular benzodiazepines include:

Some people abuse benzodiazepines by mixing them with other drugs, such as heroin.

In addition, benzodiazepines have many of the same side effects as heroin, such as:

When you use both drugs at once, these effects may feel more intense than usual.

Cocaine is a powerful stimulant drug. It speeds up your central nervous system, causing a rush of energy and euphoria. Mixing heroin with cocaine (or any other stimulant) is called a “speedball.” It’s one of the most popular types of polydrug use. It’s also one of the most dangerous.

For example, a person who mixes cocaine and heroin may experience the negative side effects of cocaine more intensely. These side effects include:

Other potential side effects of mixing cocaine and heroin include:

In addition, the drugs’ conflicting effects on your central nervous system can cause serious issues. For example, as a stimulant, cocaine increases your body’s need for oxygen. However, as a depressant, heroin slows your breathing rate.

This conflict increases your risk of life-threatening breathing difficulties.

Cocaine increases your heart rate, while heroin slows it down. This can cause rapid changes in heart rate that may lead to heart failure or stroke.

Because they act in opposite ways, the drugs can mask each other’s effects. To heighten the effects, a person may use more of the drugs than they normally would. This behavior significantly increases the risk of overdose and addiction.

Both cocaine and heroin may contain dangerous additives, including the synthetic opioid fentanyl. According to the Centers for Disease Control and Prevention (CDC), fentanyl was involved in over 36,000 overdose deaths in 2019.

Methamphetamine (or “meth”) is a highly addictive illicit drug. Like cocaine, it’s a stimulant. Thus, mixing heroin with meth poses many of the same risks as mixing heroin with cocaine. For instance, it increases the risk of breathing problems, heart problems, overdose, and addiction.

Meth also brings its own unique risks, especially when used long-term. These risks include:

Also, like heroin and cocaine, meth may contain dangerous additives such as fentanyl.

As an opioid itself, heroin acts similarly to prescription opioids. That’s why mixing the drugs significantly increases your risk of opioid overdose.

It can also intensify the common side effects of opioids, which include:

If you or a loved one struggles with heroin use or another form of drug use, please reach out to an Ark Behavioral Health specialist. We offer comprehensive substance abuse treatment options, including medical detox, support groups, and mental health counseling.

What Happens When You Use Heroin With Adderall?

When the illicit opioid heroin is used with the prescription stimulant Adderall, the effects can be unpredictable and dangerous.

While each drug may mask some of the negative side-effects of the other, you are still likely to experience an increased risk of negative and unpredictable side effects.

These effects may include greater or lesser euphoria, impaired judgment, psychosis, and other mental effects, and potentially sudden death or disability due to heart attack, stroke, aneurysm, or respiratory arrest.

What Happens When You Mix Heroin & Meth?

Those who abuse both heroin and meth can experience a significant high. However, since heroin is an opioid and meth is a stimulant, combining the two can increase the risk of a drug overdose.

What Happens When You Drink Alcohol On Heroin?

When taken in combination, both substances work together to increase the pleasurable and harmful side effects of each substance. This greatly increases your risk of dangerous or deadly overdose, along with other short- and long-term mental and physical effects.

Why Is It Dangerous To Mix Heroin With Benzodiazepines?

Mixing heroin with benzodiazepines can be dangerous due to the potential for serious side effects. Serious side effects include respiratory depression, opioid overdose, drug addiction, and withdrawal symptoms.