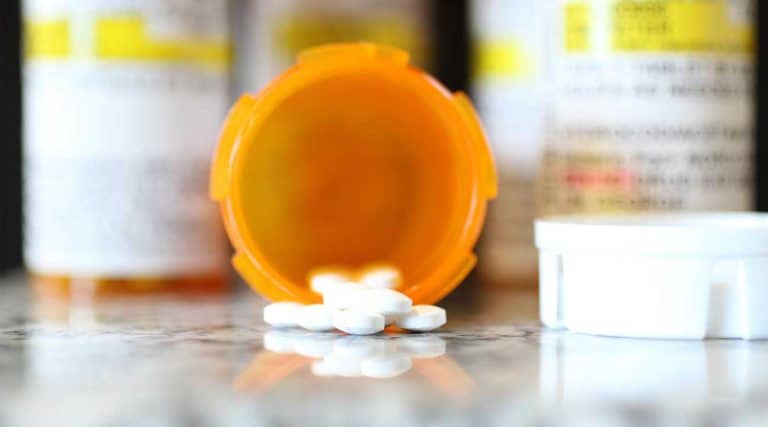 Norco is a prescription opioid that combines hydrocodone and acetaminophen. It is prescribed as a pain reliever. Like many other prescription medications, it is a target for drug abuse and addiction.

How Does Norco Work?

Acetaminophen can treat mild to moderate pain. Experts believe it raises the pain threshold (minimum point where you can feel pain) by interacting with nitric oxide pathways in the brain. Acetaminophen is considered a non-addictive substance.

Side Effects Of Norco

Opioid use can cause many side effects. Norco has a lower hydrocodone concentration than some other opioids, including brand names Vicodin, TussiCaps, Hysingla. But, Norco is still potent.

Side effects of Norco include:

When Norco is taken properly in the short-term, a patient is at lower risk for other serious health effects. However, Norco’s addictive properties can lead to other effects in the long-term.

Hydrocodone, and by extension Norco, is classified as a Schedule II controlled substance by the Drug Enforcement Administration (DEA). It has a high potential for substance abuse and addiction.

Norco abuse includes any non-medical use of Norco, such as:

Norco abuse puts one at higher risk for addiction and overdose.

Norco is one of many targets for opioid addiction. Addiction is more likely to occur when Norco is taken beyond the short-term, or when the drug is abused. Norco addiction is primarily caused by hydrocodone, not acetaminophen.

Hydrocodone is a highly addictive substance. A person may become addicted to the pain relief caused by Norco and other opioids after long-term use. If you find yourself constantly thinking about Norco, or taking Norco to avoid negative effects other than pain, you may be addicted.

After reaching physical dependency, a person may experience withdrawal symptoms when attempting to come off hydrocodone. Physical dependence on Norco can start anywhere between a few days to several weeks, depending on the dosage and frequency of use.

Withdrawal symptoms of hydrocodone and Norco may include:

Norco overdose can be caused by either of its active ingredients. Both acetaminophen and hydrocodone can be toxic to the body if taken in extremely high doses.

Like other forms of opioid overdose, hydrocodone overdose can be serious and even fatal.

Effects of hydrocodone overdose may include:

Acetaminophen has a higher chance of overdose if taken with other analgesics like hydrocodone. Abusing Norco puts you at a higher risk for acetaminophen overdose.

Effects of acetaminophen overdose may include:

Hydrocodone and acetaminophen overdose both require immediate medical attention. Get help right away if you or a loved one exhibit these signs.

Norco cannot be dropped “cold-turkey” without inviting serious health effects. Even though acetaminophen does not cause withdrawal symptoms, hydrocodone does. Norco is best quit through gradual treatment programs to avoid or reduce health risks caused by hydrocodone.

Many addiction and abuse treatment options exist to fight the opioid epidemic in the United States. Undergoing a treatment program will also reduce the risk of both hydrocodone and acetaminophen overdose.

Other drugs can fight hydrocodone dependence, or reduce hydrocodone withdrawal symptoms. The following drugs are approved for these purposes:

According to the CDC, behavioral therapy that targets heroin addiction is also effective against prescription opioid addiction.

Behavioral therapy can outline steps to getting clean and set up incentives for quitting. It is an effective treatment for Norco addiction, especially when combined with other methods.

Contact us today to learn more about our inpatient and outpatient rehab programs, which can help you or your loved one overcome Norco abuse and addiction.

Is Norco An Opioid Or Opiate?

Thus, Norco can be classified as both an opioid and an opiate.

How Long Does Norco Stay in Your System?

Norco leaves your body about 20 hours after ingestion, but there are still trace amounts that can be detected on a drug test.

These trace amounts are due to metabolites created when the drug is metabolized by the liver. Metabolites can be detected in a urine sample for up to four days after your last dose. Metabolites stay in your hair follicles the longest and are detectable for up to 90 days.

Can You Snort Norco?

Although some may snort Norco by crushing tablets into a fine powder, this is not a form of prescribed use and can lead to many adverse health effects, including addiction and overdose.