The Origin & History Of Opioids & Opiates 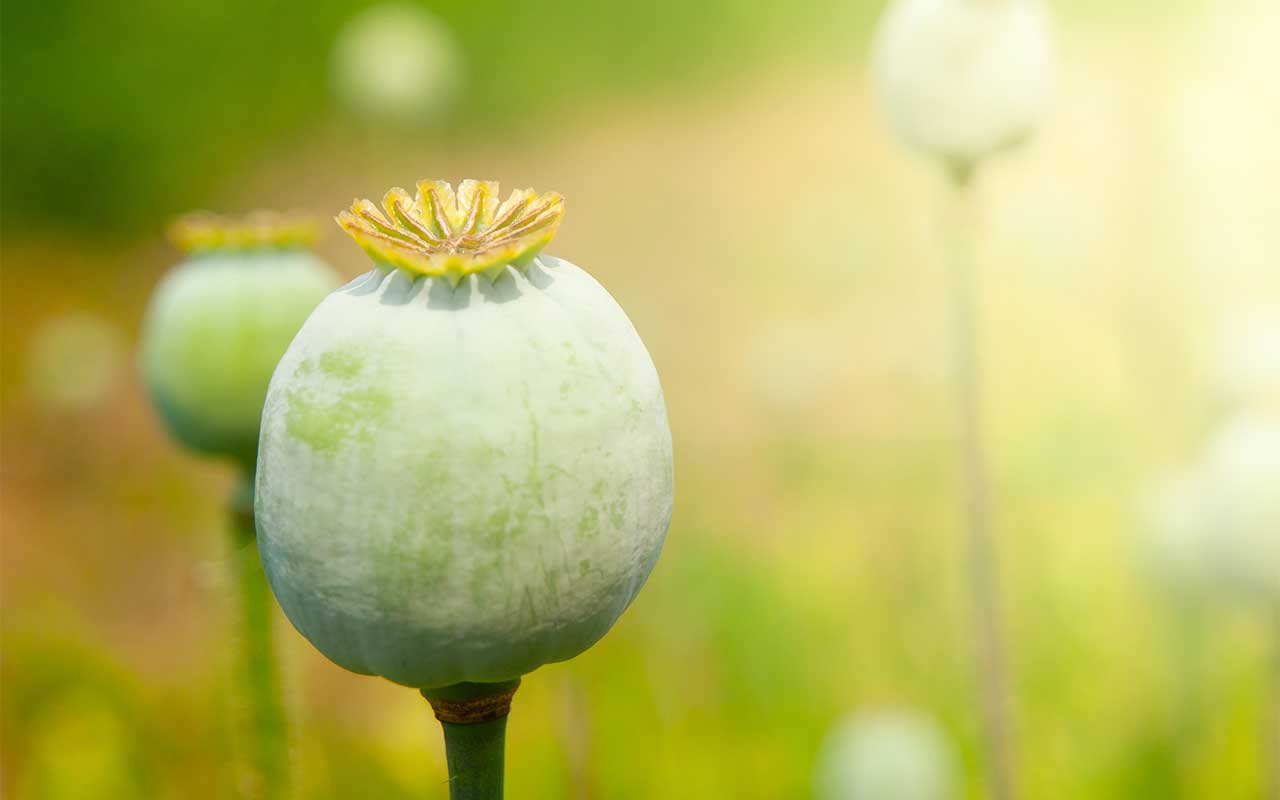 For the majority of human history, there were few reliable options for controlling severe pain. But the opium poppy and its analgesic derivatives are a notable exception, and natural opiates and opioid drugs have served humanity in many forms for thousands of years.

Opium, one of the oldest drugs used by mankind, is a white, milky product that weeps from opium poppy seed pods when cut. These “poppy tears” are collected over the course of several days and dried to form a brown sticky resin.

Raw opium contains the opioid drugs morphine and codeine, as well as other organic compounds that have various effects when ingested.

The opium poppy (Papaver somniferum) is known to have been used by human societies since 5,500 BC, and cultivated since at least 3400.

Its seeds are often found in ancient archeological sites across Europe, Africa, and Asia, and the drug is referenced by ancient Sumerian, Egyptian, and Greek writers.

In these ancient times, the drug was often seen to have magical properties and it was widely used:

It was consumed by swallowing in both solid and liquid forms, and by smoking.

Opium was effective in improving a wide variety of health conditions due to its ability to suppress pain, coughing, and diarrhea.

By 1000 AD, the opium trade had spread to India and China. From the 1600s on, a solution of opium in ethanol known as laudanum was widely used in Europe to treat pain, sleeplessness, diarrhea, tuberculosis, and rheumatism.

However, the drug was addictive and reports of recreational use, physiological dependence, and addiction to opium were widespread during this time.

In the 19th century, opium pills were widely produced and used as battlefield medicine, and were widely used in the American Civil War. The drug was also used to treat menstrual pain and to pacify those with mental health disorders in the United States and Europe.

In 1804, Friedrich Wilhelm Adam Sertürner isolated morphine from opium, resulting in a powerful pain relief drug that could be produced with a known strength, allowing it to be dosed with far greater effect and safety than natural opium.

In the years that followed, many other compounds and opioid drugs were identified and produced, including codeine in 1832, heroin in 1874, oxycodone in 1916, and hydrocodone in 1920.

Synthetic opioids were produced in the years that followed, notably methadone in 1937 and fentanyl in 1960.

These developments eventually made opium obsolete except as a base for the production of morphine and other opioid derivatives, and illicit heroin in particular.

The production and sale of these new painkiller drugs led to the formation and expansion of many of the largest global pharmaceutical companies operating today.

This coincided with a movement in the American medical community that targeted pain treatment as an urgent need, identifying it as a fifth vital sign and advocating the use of prescription drugs and other healthcare measures to address America’s so-called pain epidemic.

Unfortunately, the widespread, reckless prescribing and use of opioids that followed had devastating effects which are still being felt today.

Opioid abuse and overdose deaths multiplied, and America’s overconsumption of opioid pain relievers led to desperate shortages in many other nations where the medications were needed.

Today, a wide range of opioid drugs continue to be used in every nation of the world to counter severe pain following surgery or trauma, and to control chronic pain including cancer pain. This use is regulated with a wide variety of international, national, and state laws and policies.

While trafficking, possessing, or taking opioid drugs illegally can result in imprisonment and other penalties, the illicit drug trade continues to funnel heroin and synthetic opioid drugs into wealthy nations in high volumes.