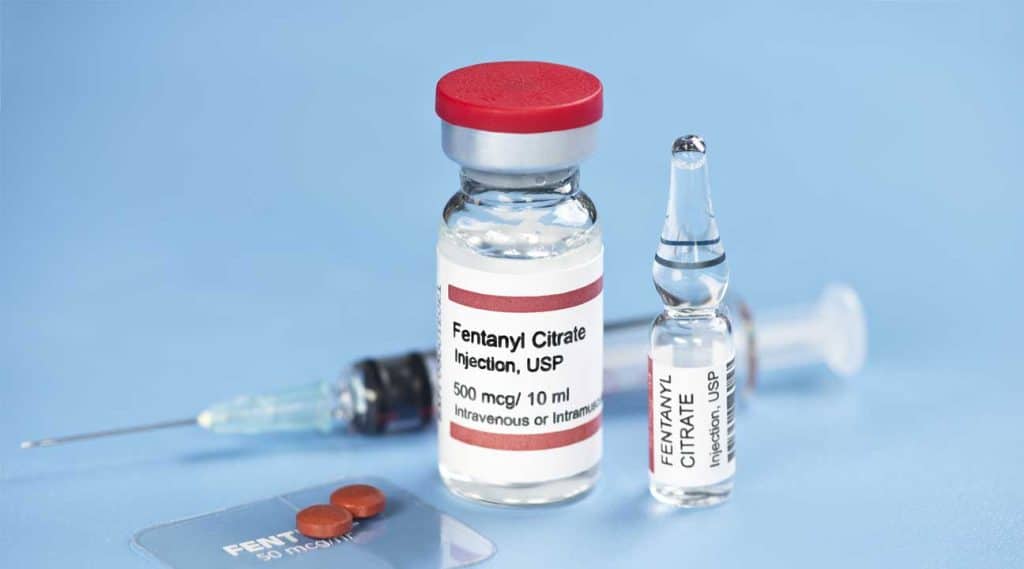 Fentanyl is a synthetic opioid analgesic (pain reliever) that works by activating opioid receptors throughout the brain and nervous system. Some health care providers use it to treat cancer pain, severe pain resulting from surgery, and chronic pain.

Like all prescription drugs, it may cause side effects. Its most common side effects include sedation, drowsiness, and constipation.

Fentanyl comes in multiple formulations. It also has a number of street names, as some people abuse this pain medication to feel euphoric or “high.”

Applied to the skin once about every 72 hours, fentanyl patches are often used to treat chronic pain.

The drug uses oral transmucosal delivery, which means it enters the body through the inner lining of the mouth. In most cases, fentanyl lozenges are used to treat cancer pain.

Sublimaze is usually used to treat pain before, during, or after surgery.

Fentanyl films are primarily used to treat cancer pain. A patient places the film in their mouth, where it will dissolve within 30 minutes.

Like fentanyl films, fentanyl buccal tablets are mostly used to treat cancer pain. A patient places the tablet between the cheek and gums and waits for it to dissolve.

Sublingual tablets are similar to buccal tablets. However, the patient places the tablet under the tongue rather than between the gums and cheek.

Used for cancer pain management, Subsys is sprayed under the tongue and held there for 30 to 60 seconds.

Lazanda can provide quick pain relief for cancer patients when sprayed into the nasal cavity.

Some people make an illegal fentanyl powder. They often combine it with heroin or cocaine to produce a more intense high, though this also produces a higher toxicity level.

According to the Centers for Disease Control and Prevention (CDC), illegally made fentanyl is responsible for the majority of recent fentanyl-related deaths, including overdose deaths.

According to the United States Drug Enforcement Administration (DEA), the most common street names for fentanyl include:

If you or someone you love struggles with fentanyl abuse or another form of drug abuse, please reach out to an ARK Behavioral Health specialist to learn about our treatment programs.