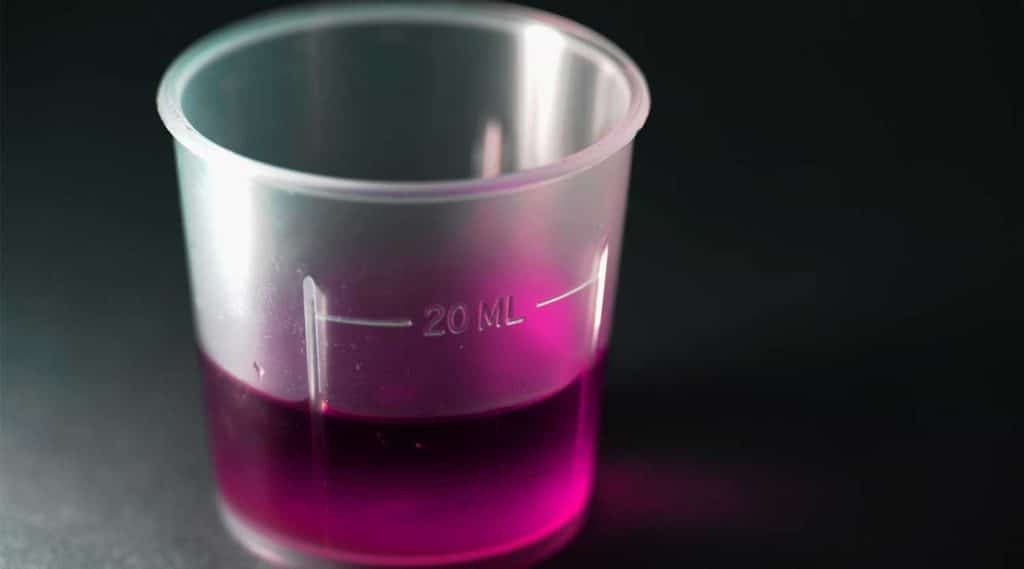 When you’re experiencing cold or allergy symptoms like coughing, sneezing, or a runny nose, your health care provider may prescribe cough syrup that contains codeine and promethazine.

Also known as codeine cough syrup, this medication can make you feel relaxed and euphoric, or even “high.” That’s why some people abuse it, which can lead to addiction and overdose.

If you or someone you love misuses codeine cough syrup, it’s important to seek professional help immediately.

What Is Codeine Cough Syrup?

Codeine is a prescription opioid that impacts the central nervous system (CNS) to reduce pain and suppress cough. It belongs to a group of opioids called opiates, which are naturally derived from the opium poppy plant.

However, many people use the term “codeine cough syrup” to refer specifically to cough syrups that contain codeine and promethazine, as these syrups pose a higher risk for abuse and addiction.

Promethazine is an antihistamine that helps decrease allergy symptoms such as sneezing, runny nose, watery eyes, and itchiness of the eyes, nose, and throat. It also has sedative (calming) effects.

Cough syrups that contain codeine and promethazine are sold under the following brand names:

In most cases, these cough suppressant medications are no longer available over-the-counter (OTC) and require a prescription from a doctor. That’s because they have a high potential for abuse.

Side Effects Of Codeine Cough Syrup

The most common side effects of codeine cough syrup include:

Codeine cough syrup can also pass into breast milk and cause side effects such as shallow breathing, extreme drowsiness, and confusion in infants.

Thus, the United States Food and Drug Administration (FDA) recommends that you don’t use codeine cough syrup while breastfeeding.

However, some people abuse the substance by taking it in a manner not prescribed.

For instance, they may:

Codeine cough syrup abuse is most common among teenagers and young adults, and continued abuse can lead to:

Additionally, some people abuse codeine cough syrup by mixing it with soda. They may also add hard candy to make it sweeter or alcohol to make it stronger. This mixture is often called purple drank, lean, sizzurp, or barre.

If you’re concerned that you or someone you know is abusing or addicted to codeine cough syrup, look for the following signs:

When you’re addicted to and physically dependent on codeine cough syrup, you may experience withdrawal symptoms when you try to stop using it.

Opioid withdrawal symptoms can include:

People who struggle with codeine cough syrup abuse or addiction face the risk of overdose, which occurs when you ingest too much of the syrup. This risk increases if you mix the syrup with alcohol.

Signs of opioid overdose include:

Because both codeine and promethazine have depressant effects that can slow your breathing and heart rate, a codeine cough syrup overdose may be fatal.

Call for emergency services immediately if you or someone else experiences the above symptoms.

Whether you started using codeine in cough syrup or pill form, it’s not recommended to try recovering from substance use disorder on your own.

Thankfully, a variety of treatment options exist to help you safely recover and avoid relapse:

During medical detox, a team of health care professionals will closely monitor your physical and mental health as you stop using codeine.

To make the detoxification process more comfortable, they may prescribe medications such as:

Along with behavioral therapy and counseling, MAT may include medications like:

Your health care provider may recommend staying at an inpatient drug rehab center after you’re physically and mentally stabilized from withdrawal. There, you’ll receive 24/7 supervision and medical advice to support your recovery.

In most cases, you’ll also have access to individual and group therapy, where you’ll learn important coping skills to prevent relapse. Many treatment centers also offer wellness activities like yoga, meditation, and exercise.

If you have a strong support system at home, you might consider outpatient treatment instead of inpatient treatment. With this option, you’ll regularly attend a drug abuse treatment center while still living at home.

If you or someone you love is struggling with codeine cough syrup abuse or addiction, please contact an Ark Behavioral Health specialist to learn about our treatment programs.