The Link Between 12-Step Programs & Christianity 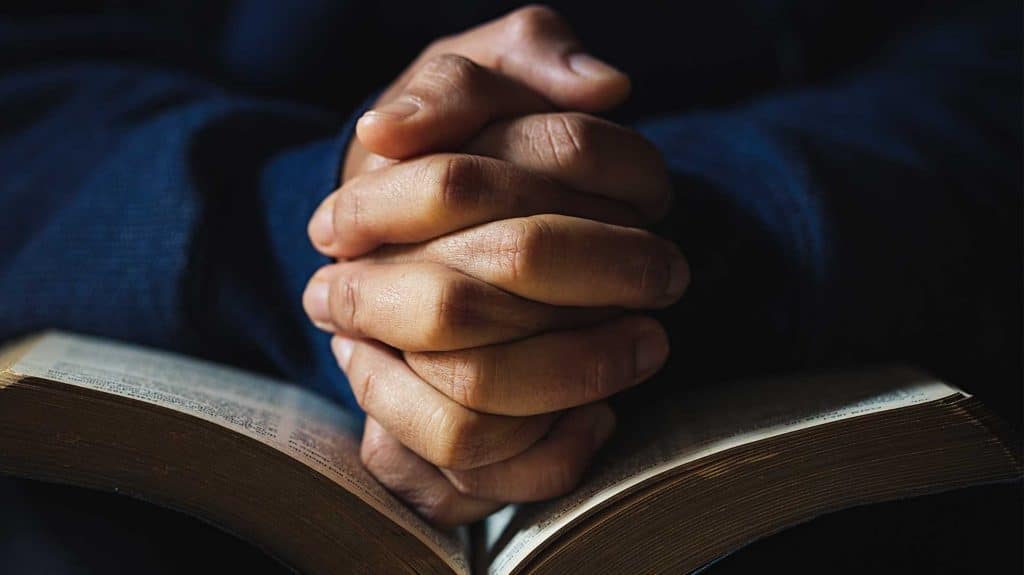 Twelve-step programs for addiction recovery have their origin in the 1900s, when the first 12-step program, Alcoholics Anonymous (AA), was founded.

Today, AA and its many successors continue to provide a safe, supportive, non-professional, and anonymous lifeline to those struggling with addictions ranging from compulsive eating to opioid abuse, cocaine abuse, gambling, and alcohol dependence.

While these AA-descended programs are nonreligious and open to anyone who desires to change, there are strong connections between their beliefs and practices and the Christian faith.

At the time, both men were attending meetings hosted by the Oxford Group, a non-institutional Christian organization originally founded in England after the First World War.

The men and women of the Oxford group sought a revival in Christian faith and practice, and in particular emphasized the principles of surrender, confession, and restitution.

These teachings, conveyed to new members through meetings held in homes and other private spaces, directly influenced much of the approach, practice, and language that would later be adopted by AA.

The Twelve Steps Of Alcoholics Anonymous

As AA grew, Wilson published the beliefs and practices of the program in the 1939 book  Alcoholics Anonymous: The Story Of How More Than One Hundred Men Have Recovered From Alcoholism, which today has become known as the Big Book.

This book contains the twelve steps themselves, which gives 12-step recovery programs their name today.

The steps are as follows:

Step 1: We admitted we were powerless over alcohol—that our lives had become unmanageable.

Step 2: Came to believe that a Power greater than ourselves could restore us to sanity.

Step 3: Made a decision to turn our will and our lives over to the care of God as we understood Him.

Step 4: Made a searching and fearless moral inventory of ourselves.

Step 5: Admitted to God, to ourselves, and to another human being the exact nature of our wrongs.

Step 6: Were entirely ready to have God remove all these defects of character.

Step 7: Humbly asked Him to remove our shortcomings.

Step 8: Made a list of all persons we had harmed, and became willing to make amends to them all.

Step 9: Made direct amends to such people wherever possible, except when to do so would injure them or others.

Step 10: Continued to take personal inventory and when we were wrong promptly admitted it.

Step 11: Sought through prayer and meditation to improve our conscious contact with God, as we understood Him, praying only for knowledge of His will for us and the power to carry that out.

Step 12: Having had a spiritual awakening as the result of these Steps, we tried to carry this message to alcoholics, and to practice these principles in all our affairs.

As written, these steps clearly build on biblical principles.

Overtly Christian versions of the steps pair each with an appropriate scripture, emphasizing Jesus Christ as the higher power at work in a person’s heart and soul, and sin or unrighteousness as the original flaw in every person’s mortal inventory.

However, many who belong to different faiths or who do not believe in God have found the 12-Steps and 12-Step meetings to be uplifting. It’s common for participants to hold to other higher powers such as:

Today, more than two million individuals worldwide are estimated to belong to AA, continuing in their mission.

Nonprofessional members use the Twelve Steps and observe the Twelve Traditions by helping those with substance abuse issues and compulsive behaviors, and then training them to help and guide others in turn.

Is It A Spiritual Organization?

The organization and its successors remain, in many ways, a spiritual organization. But they are not religious, and certainly not political.

Individuals are welcome to participate in meetings regardless of religion. They are invited to interpret the steps and their view of God or a higher power as they see fit.

The steps are, after all, suggestions. And as Wilson once wrote, “There is no religious or spiritual requirement for membership [in AA]. No demands are made of anyone. An experience is offered which members may accept or reject. That is up to them.”

Alcoholics Anonymous - Historical Data: The Birth of A.A. and Its Growth in the U.S./Canada (aa.org)
The National Association for Christian Recovery - Chapter 2: The Twelve Steps and Their Relationship to Christianity

Can Atheists Benefit From A 12-Step Program