Smoking Meth | How & Why Is Meth Smoked? 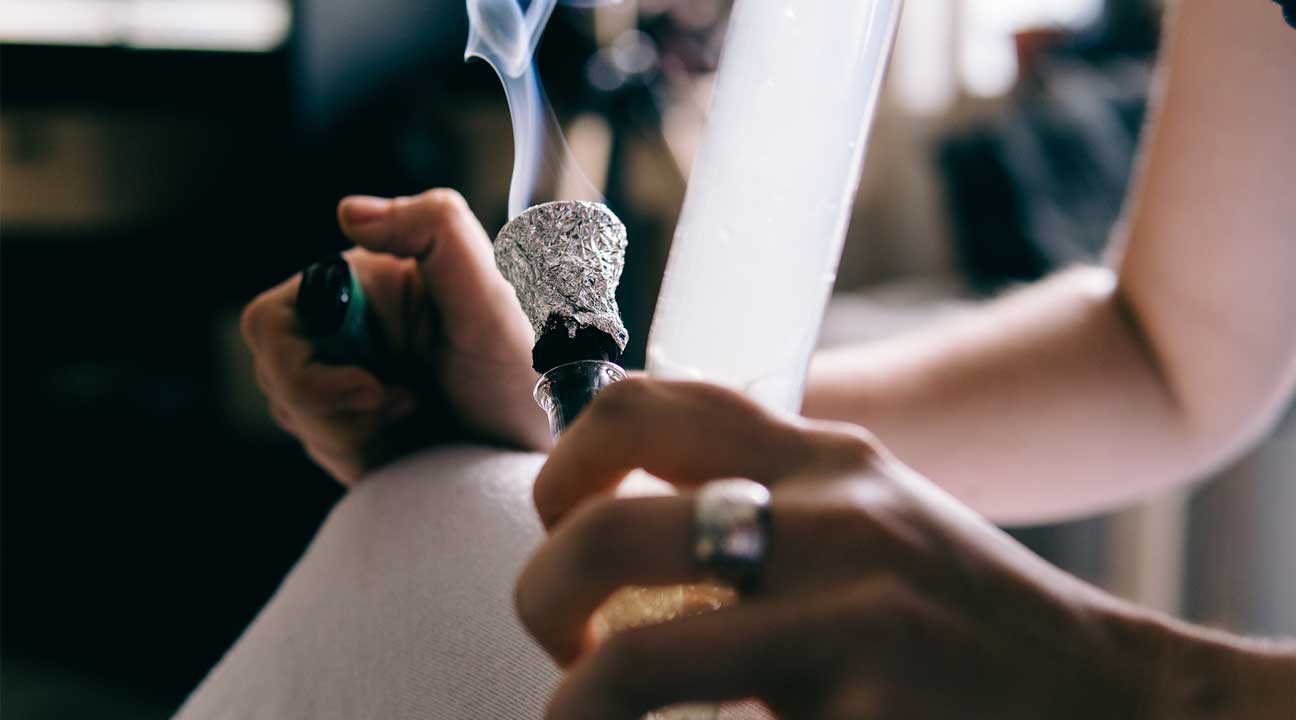 Methamphetamine is a potent, strongly addictive stimulant drug associated with a wide range of devastating short- and long-term health risks, including heart and lung dysfunction, brain damage, and overdose.

Why Is Meth Smoked?

Depending on the drug, smoking and injecting usually deliver the largest dose to the bloodstream the fastest.

This sudden ingestion triggers a minutes-long rush or ‘flash’ of intense pleasure as the drug hits the brain, followed by a drawn out stimulant high that lasts between six and twelve hours—much longer than either cocaine or amphetamine highs, due to meth’s particular properties.

How Is Meth Smoked?

There are a number of ways to smoke meth, with certain meth smoking techniques and paraphernalia recommended by organizations dedicated to harm reduction in drug use.

Generally, meth is loaded into a bowl/light bulb meth pipe and heated with a flame. As the drug heats, vapors will rise and cool throughout the length of the pipe until they are inhaled at the open end.

Some individuals have been known to smoke meth using modified meth bongs or meth vapes. However, the serious health effects of smoking meth are the same no matter what equipment or technique is used.

When smoked in high doses, however, meth’s effects become much more severe, including:

Meth use is associated with a wide-range of harmful, long-lasting physical and mental side effects.

The damaging effects of meth on your brain and behavior can result in:

These include paranoia, visual and auditory hallucinations, and delusions, including the sensation of insects creeping under the skin. This may result in skin damage and sores due to uncontrolled picking and scratching.

Psychotic symptoms can sometimes last for months or years after you stop using meth.

The drug itself can also injure the heart and lungs leading to rapid heart rate, irregular heartbeat, and increased blood pressure.

Meth-mouth refers to a condition of severe tooth decay and tooth loss resulting from methamphetamine abuse, as the drug often contributes to poor self-care, dry mouth, and tooth grinding.

The more meth you use, the more your body will begin to adapt to its effects. This results in tolerance and physical dependence, which can lead to drug addiction as cravings and compulsions to take the drug grow in your mind.

Meth addiction can even cause you to become unable to feel pleasure from any other source, further driving you to take the drug in higher doses or riskier methods.

Some meth users will choose to take repeated high doses of the drug for an extended period of time, often going without food or sleep for days. These meth binges or ‘runs’ will be followed by a severe crash as the body and brain, pushed past their limits, try to re-balance.

A meth comedown or crash will likely leave you feeling totally depleted and exhausted. You may want to sleep for days at a time, with waking symptoms like:

If you suspect an overdose has occurred, immediately summon medical assistance.

Methamphetamine addiction is extremely difficult to overcome alone. But it is possible to recover, especially with access to professional treatment programs and support including medical detox, behavioral therapy, and cognitive therapy.