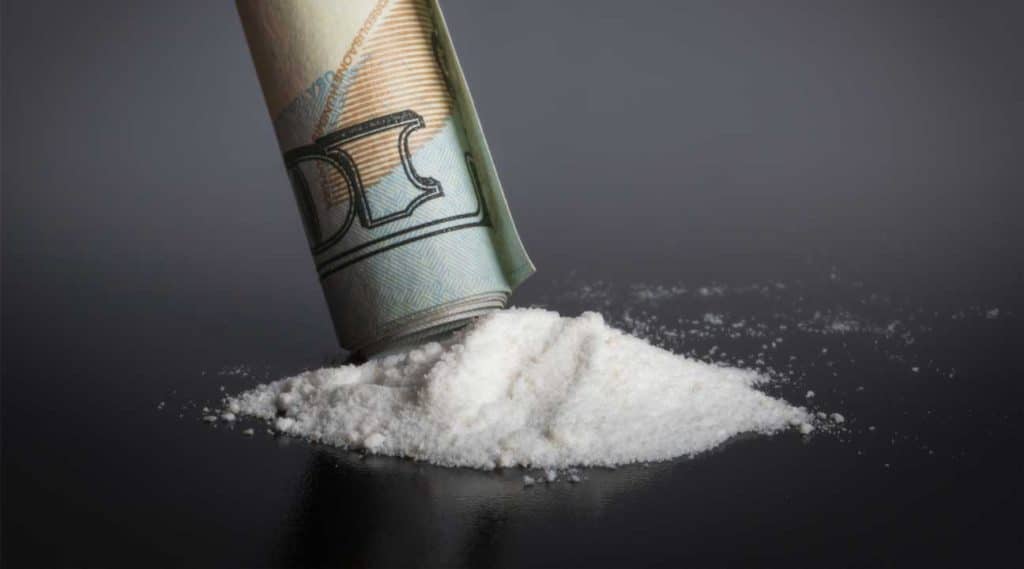 Methamphetamine, or meth, is a highly addictive drug. As a central nervous system stimulant, it causes an intense rush of energy and happiness by increasing the amount of dopamine in the brain. Dopamine is a brain chemical associated with pleasure and reward.

While some people abuse methamphetamine by smoking it, injecting it, or swallowing it in pill form, others snort it.

How Do People Snort Meth?

The most popular forms of meth are:

People who snort meth use the drug’s powder form. If they don’t have it, they may crush crystal meth or meth pills into a makeshift powder.

They then inhale the powder through a straw, hollowed out pen, or rolled up dollar bill. The drug gets absorbed by blood vessels in the nose.

Smoking is usually considered the most common form of methamphetamine use. Most people smoke meth by heating crystal meth in a pipe or bowl and inhaling the vapors.

This method gets you high almost instantly. Snorting meth, on the other hand, won’t produce a high for up to five minutes. In addition, people who snort meth experience less intense highs than those who smoke it.

Because snorting meth produces a milder, more gradual high than smoking meth, some people assume it’s safer. However, all forms of methamphetamine abuse pose the same short-term and long-term risks.

Short-term side effects of meth use may include:

Long-term side effects of meth use may include:

Also, because the inside of your nose is very delicate, snorting meth poses unique dangers like:

Like all methods of meth use, snorting meth poses a high risk of addiction (also called substance use disorder) and overdose. In some cases, it may pose an even higher risk than other methods.

That’s because it produces a milder high. To feel a stronger high, a person may snort larger or more frequent amounts of meth. The more meth you use and the more often you use it, the higher the risk of addiction and overdose.

Addiction is a serious disease that causes:

If you’re physically dependent on meth and stop using it, you may experience unpleasant withdrawal symptoms like:

Call 911 immediately if you or someone you know experiences these symptoms.

If you or a loved one struggles with meth use, please contact an Ark Behavioral Health specialist to learn about our substance abuse and addiction treatment programs, which provide services like medical detox, mental health counseling, and peer support groups.

What Is Shake And Bake Meth?

How A Meth Addict Thinks & Feels