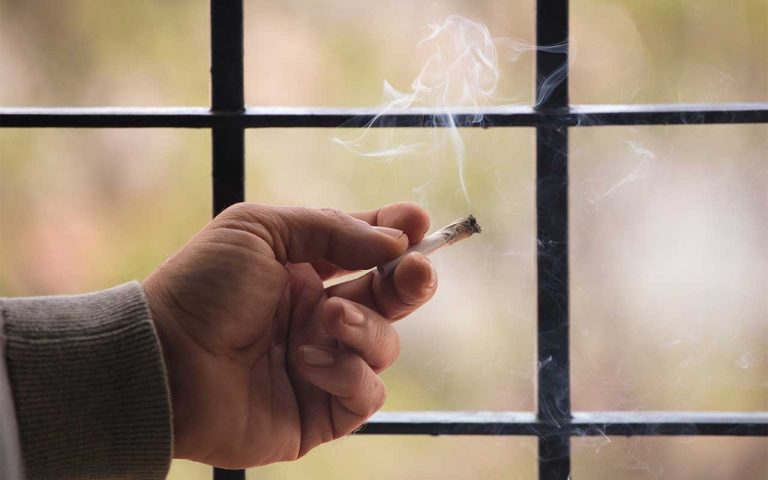 The recent legalization of marijuana in several states has increased the production of the cannabis plant. Growers are producing a variety of new strains to be used both medicinally and recreationally.

Depending on the strain, the dried leaves and flowers of cannabis smell earthy or sweet. Marijuana usually has a distinguishable skunky or musky odor, especially while being smoked. Knowing how to detect the smell can help alert you to a loved one who may be using marijuana.

The smell of marijuana can vary depending on the strain (variety of cannabis plant). Different odor profiles are also associated with marijuana’s potency and value. Cannabis strains that have a citrus aroma are considered stronger than those that smell earthy.

Marijuana comes from the dried flowers and leaves of the cannabis plant. Two common varieties of this plant include cannabis sativa and cannabis indica.

Sativa strains may have a sweeter smell, and indica strains may smell more earthy. In addition, older cannabis plants tend to have a stronger aroma than less mature plants.

Marijuana can be consumed in a variety of ways, including:

The smell of marijuana doesn’t come from its active ingredients, tetrahydrocannabinol (THC) or cannabidiol (CBD). Instead, the aroma of marijuana’s dried leaves and flowers comes from terpenes.

Terpenes are aromatic chemicals found in all plants, including fruits, vegetables, herbs, spices, and cannabis. Marijuana contains more than 200 terpenes but only a few are significant enough to be detected by the human body.

Terpenes are found in small, crystallized formations known as trichomes found on the cannabis plant.

Common terpenes found in different strains of marijuana include:

Along with aroma, different terpenes can contribute to the effects produced of marijuana. Some strains are more sedative and relaxing, while others may promote alertness and energy.

There has also been increased focus on the use of medical marijuana with strains containing specific terpenes.

Dried marijuana leaves and flowers usually smell earthy or citrusy. However, different strains may also have notes of diesel, herbs, or fruits.

Depending on how you use marijuana, it can affect the odor you detect. Vaporizing marijuana carries significantly fewer odors than smoking it in a pipe or papers. However, when marijuana is smoked it has a distinct odor.

Smoking intensifies the dominant odor of the particular strain of cannabis. Scented rolling papers may add fruity undertones to the smell of smoked marijuana. Smoking also adds notes of fire and smoke to marijuana.

The smell that lingers on fabric, hair, and skin after it is smoked usually smells musky, earthy, and has undertones of the specific strain.

What About Synthetic Cannabinoids?

Synthetic cannabinoids, more commonly known as K2 or spice, man-made mind-altering substances. They are produced by spraying synthetic chemicals on a plant-like substance, which is meant to imitate marijuana.

This product is sold as dried “leaves” to be smoked or in liquid form that can be vaporized and inhaled. Although synthetic cannabinoids are marketed to appear similar to marijuana, their smell and effects are different from the cannabis plant.

If you or a loved one is seeking information about marijuana addiction treatment, please contact us today.