Marijuana As A Gateway Drug | What The Research Says 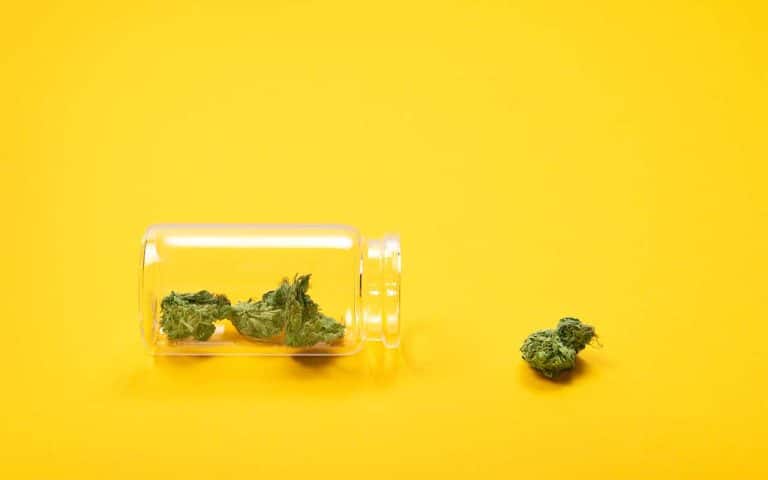 Is marijuana a gateway drug?

It’s a question that’s been investigated extensively over the past century, and today the answer still depends on who you ask and how you choose to frame the question.

With so much discord and so many changing opinions surrounding marijuana use and drug policy in the United States, it’s increasingly important to turn to the research and consider the question from multiple angles.

What Is A Gateway Drug?

Generally, a gateway drug is thought to be any substance which, when used, leads or contributes to the use of harder illicit substances.

However, even with this definition, many questions remain:

The Drug Gateway Theory, dating from at least the 1980s, predicts that drug use advances in stages.

It starts with socially acceptable, legal drugs (alcohol and nicotine, though many are underage when use begins), to so-called soft drugs (prescription painkillers or marijuana), to hard illicit drugs (heroin, cocaine, methamphetamine, etc.).

According to a 2020 report published by the National Institute on Drug Abuse, marijuana (as well as alcohol and nicotine) can have a gateway effect on some people, but does not act as a stepping stone to harder drug use for the vast majority of marijuana users—including regular users.

For most, marijuana is the endpoint for recreational substance use, not the starting point.

On the other hand, marijuana use is a known predictor for other substance abuse, as well as alcohol use disorder.

Those who smoke pot and experiment with other ‘gateway’ substances at an earlier age are much more likely to move on to other, more harmful substances, than those who do not.

According to a 2016 study of 2,835 12th graders in the United States, alcohol—not marijuana—was the first substance most tried. The earlier these young people started drinking, the more likely they were to move on to risker substances, and use them more often.

In other words, if marijuana is to be considered a gateway drug, then it isn’t the only one, a fact that should be carefully considered when discussing public health policy in the future.

Multiple studies (in laboratory rats) have shown that exposure to cannabinoids, especially THC, at adolescence tends to decrease brain dopamine activity later on.

This suggests that early drug use could prime or program a brain to respond more strongly to drug use (which involves pleasurable dopamine highs) in the future, potentially increasing the severity and rate at which substance use disorders develop.

This effect is called cross-sensitization, and is known to occur due to alcohol, nicotine, and marijuana use—supporting the gateway hypothesis.

Beyond biology and neurochemistry, marijuana use is thought to be strongly correlated with heavy drug use due to common environmental factors like:

If someone’s home life and stability are poor, and they have easy access to drugs or alcohol from an early age, illicit activities including marijuana and hard drug use are far more likely and may progress as an escape or coping mechanism.

Instead of considering marijuana use as a cause of illegal drug use, it may be better to consider both as symptoms of deeper social issues.

Whether marijuana use is legal or illegal may also play a role in any potential gateway effect.

In the Netherlands, where marijuana is legal and regulated, marijuana use is low and is not associated with illicit drug use in the same way it is here in the United States.

Simply making marijuana use legal may be enough to ‘take the fun out of it’ and eliminate the correlation with hard, illegal substances. And there is evidence to support this theory in the United States.

Early state legalization efforts (both medical and recreational) have steeply reduced annual overdose cases due to heroin and opioid use as hard-drug users switch over to legal marijuana use in large numbers.

Despite the fact that cannabis use does not appear to drive most individuals to take harder substances, recreational and medical marijuana can still be addictive and heavy use is associated with a variety of problematic health effects, including withdrawal symptoms.

Addiction treatment can help you or a loved one through the withdrawal process, supporting your recovery with therapy and counseling services tailored your needs.