The Link Between Marijuana & Depression 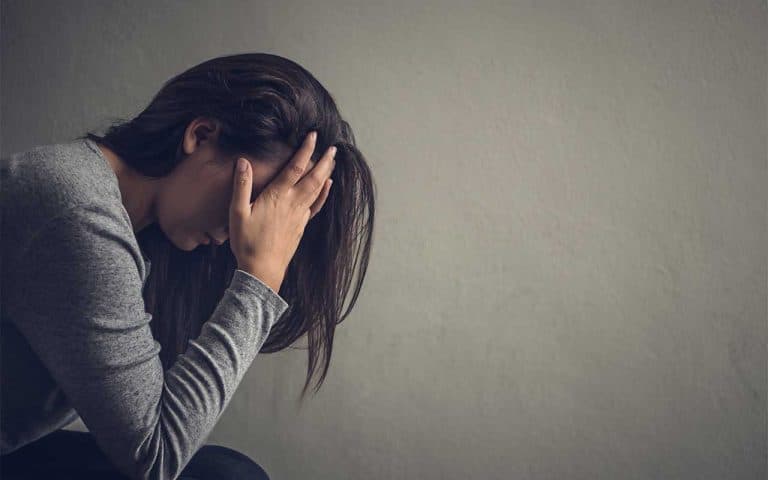 In the United States, the increasing legalization of medical marijuana has many people wondering if the drug can help treat depression. This mental health condition can cause symptoms like persistent sadness, guilt, hopelessness, and irritability.

Whether it’s used recreationally or medicinally, marijuana has a complicated relationship with depression.

Marijuana contains chemical compounds called cannabinoids. When you use the drug, the cannabinoids attach to cannabinoid receptors in your body’s endocannabinoid system and alter important functions like feelings, reactions, and movements.

The two most popular cannabinoids are tetrahydrocannabinol (THC) and cannabidiol (CBD).

The Link Between Marijuana & Depression

Since marijuana can decrease stress and promote feelings of pleasure, some people use it to relieve their depressive symptoms.

However, no scientific studies have proven marijuana as an effective, long-term treatment method for depression.

A 2018 study published in the Journal of Affective Disorders showed that smoking marijuana greatly decreased symptoms of depression in the short term, but not in the long term. The study also found that long-term marijuana use may worsen depression in some people.

In addition, a 2017 study by the National Academies of Sciences, Engineering, and Medicine suggested that marijuana slightly increases the risk of depressive disorders.

Other studies have also found that people who use marijuana have higher rates of depression. But it’s difficult for researchers to determine if the drug actually causes depression, or if people with depression are simply more likely to use marijuana to self-medicate.

Additionally, some studies say the drug has no effect on depression either way. For instance, researchers from the National Epidemiological Survey on Alcohol and Related Conditions found no association between marijuana use and depression or other mood disorders.

Clearly, more research is needed to determine how marijuana affects depression. In the meantime, talk to your health care provider before you try using the drug to treat depression or any other health problem.

They can help you determine whether the potential benefits outweigh the risks, which include:

If you’re genetically predisposed to schizophrenia, bipolar disorder, or another mental illness, marijuana may trigger the disease’s onset.

Lack Of Interest In Other Treatment Methods

When you have depression, it’s best to use a variety of treatment methods to help you achieve and maintain recovery.

However, people who enjoy the fast-acting relaxation and happiness that marijuana offers may feel less inclined to seek out other treatment methods, most of which have far more scientific backing than marijuana use. These methods include:

Regular use of marijuana can lead to physical dependence. When you’re physically dependent on the drug and try to stop using it, you may experience withdrawal symptoms such as depression, anxiety, irritability, headache, fever, and stomach pain.

Physical dependence is often a sign of addiction, also called substance use disorder. This disease makes you feel unable to control your marijuana use.

Other signs of marijuna addiction include intense cravings for marijuana, loss of interest in activities you once enjoyed, and tolerance (needing increasingly higher doses of the drug to feel the desired effects).

If you think you or someone you love may struggle with marijuana dependence or addiction, please contact an Ark Behavioral Health specialist to learn about our substance abuse treatment programs.

Journal of Affective Disorders - A naturalistic examination of the perceived effects of cannabis on negative affect
National Academies of Sciences, Engineering, and Medicine - The Health Effects of Cannabis and Cannabinoids
National Institute on Drug Abuse - Is there a link between marijuana use and psychiatric disorders?
National Institute of Mental Health - Depression
United States Drug Enforcement Administration - Vaping & Marijuana Concentrates