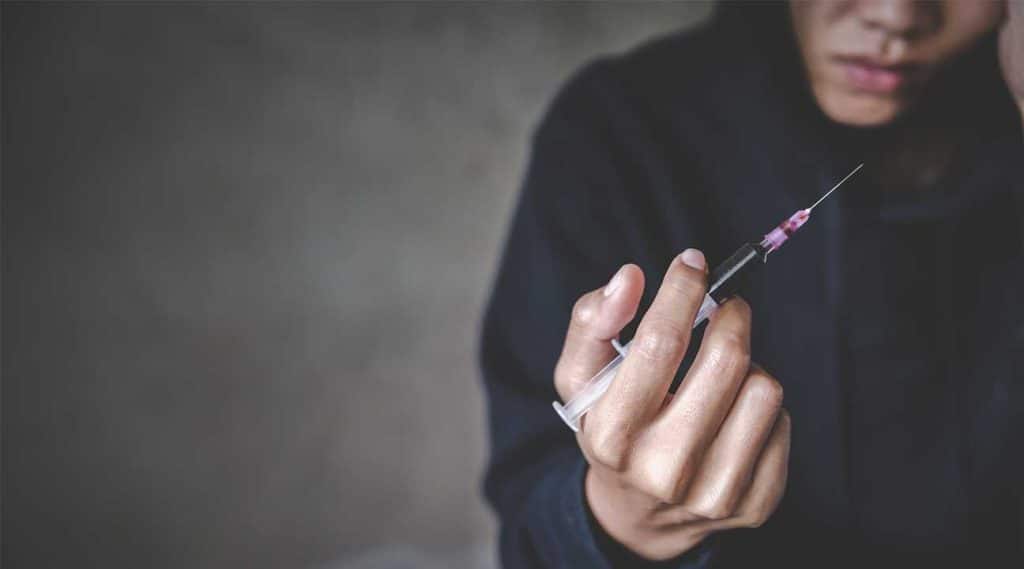 If you use heroin, understand that this drug has a profound effect on both your body and mind. Continued use can quickly lead to physical dependence, addiction, and devastating long-term health effects.

In the United States, Heroin is an illegal drug derived from morphine, a natural opiate that comes from the seed pod of opium poppy plants.

Heroin may look like either a white/brown powder or sticky black mass (black tar heroin) and can be taken by snorting, smoking, or injection.

Once it enters the brain it is converted back to morphine and attaches to opioid receptors, resulting in a rush or heroin high described as an overwhelming sense of pleasure and euphoria.

Side effects of taking heroin include:

Heroin overdose deaths are most common when the drug is taken intravenously, or if it is taken along with drugs like alcohol, benzodiazepines, or prescription opioids—especially fentanyl. But even small amounts can trigger overdose symptoms in certain circumstances.

A heroin overdose can be identified by the following telltale signs and symptoms:

A heroin overdose suppresses central nervous system activity, including breathing and heart rate. If these slow down too much or stop, the brain will almost immediately run short of oxygen (hypoxia) with devastating results progressing from coma to permanent brain damage and death.

Reacting quickly is critical in overdose situations. Call for medical assistance as soon as possible. If you have a supply of naloxone nasal spray (an opioid overdose antidote widely available without a prescription), you should use it on the victim immediately.

Long-Term Health Effects Of Heroin Use

This is due to two biological facts of heroin use: tolerance and dependence.

The more you take a drug like heroin, the more your body adapts to minimize its effect. This means that heroin will stop working as well unless you take larger, more dangerous doses over time.

Physical dependence is likely to develop as the body becomes accustomed to heroin in your system.

Over time, if you go without the drug you are more likely to experience uncomfortable, painful, and even dangerous withdrawal symptoms until you aren’t taking heroin to get high; you’re taking it just to feel normal.

A heroin high has such a profound effect on the reward centers of your brain that it can completely change the way you think and feel about life.

Other health effects associated with long-term heroin drug use may stem from how you take the drug or the harmful additives mixed in with street heroin.

Professional care is available to help heroin users go drug-free and recover from heroin abuse and its effects.

Outpatient or inpatient treatment programs may include:

How Long Does Heroin Stay In Your System?