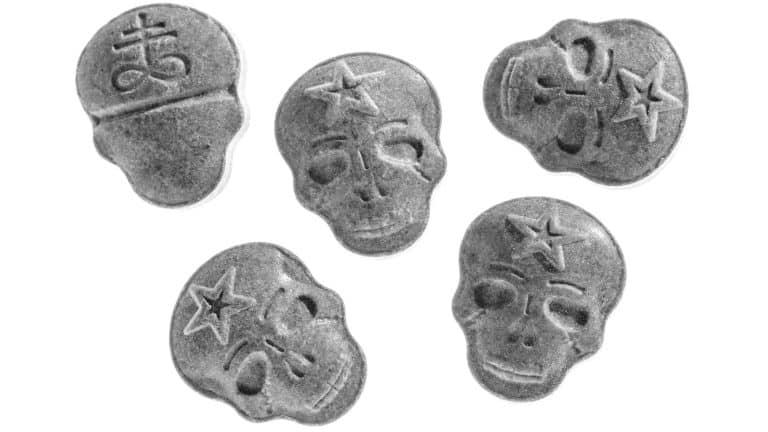 MDMA is another name for 3,4-methylenedioxymethamphetamine or ecstasy. It’s also called “molly” in its purest form. MDMA is a hallucinogenic drug (or “party drug”) and is used mostly by young adults at raves, nightclubs, and music festivals.

Overdosing on MDMA can be more common due to the fact that its contents are unregulated as an illegal substance. Sometimes it’s stronger than you think or it contains other drugs without your knowledge. MDMA overdose can be life-threatening and may require professional healthcare.

It’s possible to overdose on ecstasy alone, especially if you take it repeatedly to maintain a high. Mixing it with other drugs makes overdose more likely.

Taking MDMA With Other Drugs

Combining MDMA with stimulants and certain antidepressants may cause serotonin syndrome, a potentially life-threatening condition produced by elevated serotonin levels.

Since ecstasy has stimulant properties, mixing it with stimulant drugs like cocaine increases your heart rate and may cause a heart attack or other cardiovascular issues.

Using MDMA with other hallucinogens can alter your senses so much that you aren’t sure what’s going on or how much you’re taking.

Some people take MDMA with alcohol, thinking the effects will balance out. The result is that they become highly intoxicated but don’t feel drunk, which can lead to unsafe behavior and overdosing on both substances.

Not Knowing What’s In Your MDMA

MDMA may be laced with other drugs without your knowledge. Fentanyl, a potent opioid that is the leading cause of drug overdose in the United States today, has been found in ecstasy tablets.

Other adulterants in MDMA could be:

Some countries—like the UK—test ecstasy pills to determine how strong they are or what’s in them. Some MDMA tablets were found to contain twice the amount that’s considered a “safe” dose for adults. You could be taking an overdose without knowing it.

People often take MDMA in environments where they’re moving around vigorously and surrounded by others’ extreme body temperature. This can lead to two severe ecstasy overdose symptoms: hyperthermia and hyponatremia.

Hyperthermia (overheating) happens because high doses of MDMA make it hard for the body to regulate temperature. When you get hot, you stay hot.

Hyponatremia (low sodium levels) can result from drinking a lot of water to make up for dehydration, which is a side effect of MDMA that’s worsened by the hot environment and constant movement.

You lose sodium through sweat, and ecstasy causes the body to store fluids. Drinking too much water can lower your sodium levels too much and cause your cells to swell with fluid.

If left untreated—as is likely the case when someone is at a rave—hyperthermia or hyponatremia can lead to rhabdomyolysis (muscle breakdown), electrolyte imbalance, kidney failure, and swelling in the brain. These conditions could be fatal.

Other MDMA overdose symptoms may include:

Serotonin syndrome is another dangerous condition resulting from high amounts of MDMA. Ecstasy raises serotonin levels in the brain, which makes you feel happy. But too much serotonin isn’t good for you.

Symptoms of serotonin syndrome can range from diarrhea to fever, muscle rigidity, and seizures. It can be deadly.

How Common Is Ecstasy Overdose?

The Substance Abuse and Mental Health Services Administration (SAMHSA) reports that 6 million people in the United States abused MDMA and related drugs like ketamine in 2019. That’s an increase of more than a million people since 2015.

Thousands of emergency department visits are due to MDMA overdose each year. While some of these cases are mild, others are fatal.

MDMA deaths have been on the rise in recent years as the drug’s popularity resurged. Overdose death by psychostimulant drugs like ecstasy rose a staggering 37 percent between 2016 and 2017.

Treatment For An MDMA Overdose

Treatment for an MDMA overdose depends on toxicity levels and when you last took the drug.

Drug overdose treatment may consist of stomach pumping or ingestion of activated charcoal (which prevents drugs from entering the bloodstream). It may involve medications to reverse the negative health effects of ecstasy.

Your fluids may be restricted if you’re suffering from hyponatremia. If not, you might receive IV fluids to help flush the MDMA out of your system more quickly.

MDMA use can lead to addiction, which makes overdose more likely. If you or a loved one are struggling with addiction to MDMA, treatment options are available.

At Ark Behavioral Health, we offer personalized rehab programs that help you stop substance abuse and develop a healthier lifestyle. Contact us today to learn how you can overcome addiction.