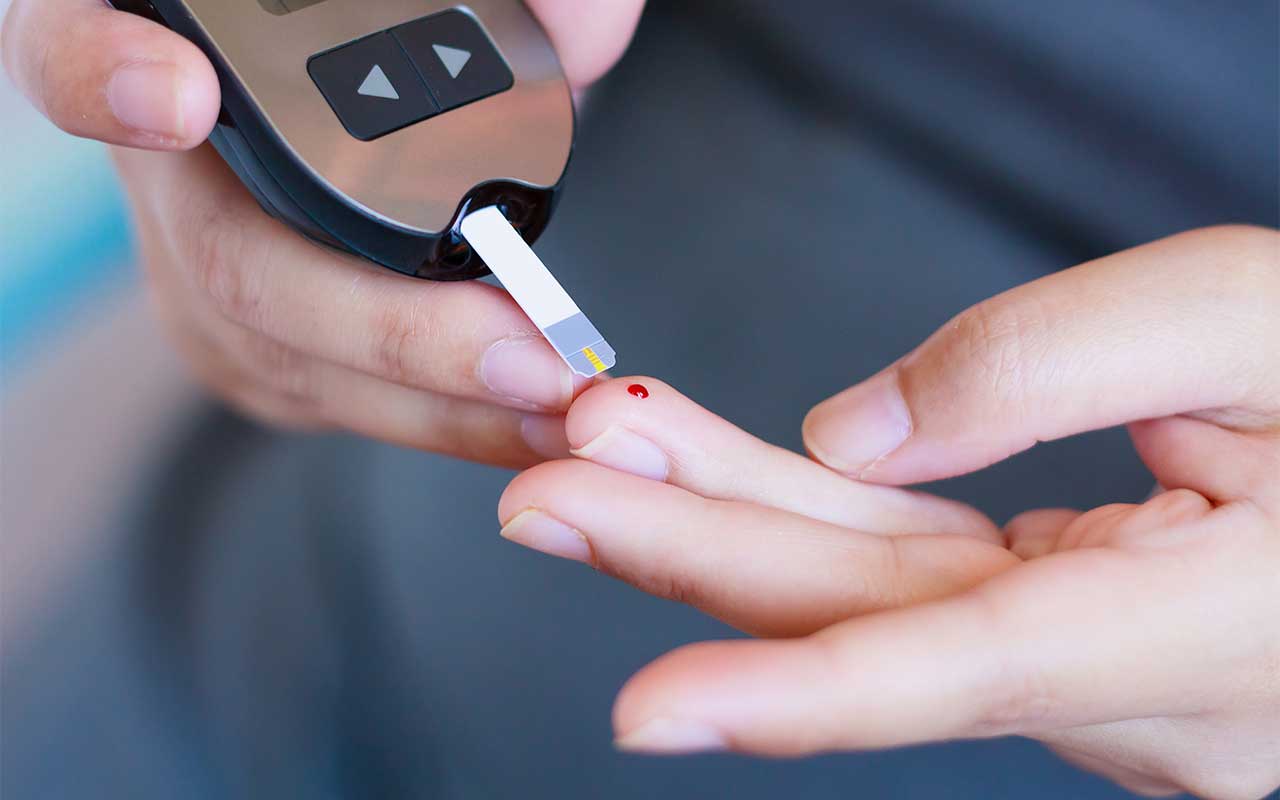 Cocaine is an addictive recreational drug that is often used for its euphoric effects. However, cocaine can have many dangerous health effects on the brain and body. Cocaine can be particularly dangerous for people with medical complications, like diabetes.

Diabetes and cocaine are both risk factors for cardiovascular problems, like heart attack and stroke. Cocaine abuse can also affect blood glucose levels and proper diabetes care, including insulin management.

Effects Of Cocaine Use

Cocaine is an illicit drug that causes short-lived but powerful effects, which may lead to frequent binges.

Once it reaches the brain, cocaine binds to dopamine receptors. Dopamine is a chemical associated with pleasure and reward. Binding to these receptors causes increased levels of dopamine in the body.

This can cause a rush of euphoria and happiness along with increased energy and alertness.

Other side-effects of cocaine may include:

High amounts of cocaine can severely impact the cardiovascular system, including heart attack, stroke, or seizure.

Diabetes can also cause hypertension (high blood pressure) and when combined with cocaine, increases the risk of heart attack and stroke.

People with diabetes who also use cocaine may experience:

Stimulants like cocaine can suppress your appetite and increase energy levels. Frequent substance abuse can lead to poor nutrition and a lack of sleep. This can cause negative consequences for healthy individuals but can cause dangerously low blood sugar levels in diabetics.

The use of cocaine can also impair judgment, which can affect your ability to manage carbohydrates and take insulin properly. Insulin is an important part of diabetes care that helps control blood sugar. Without regular insulin doses, diabetics can become hyperglycemic.

Glucose is used as an important fuel source for cells in your body. When insulin is neglected, it can prevent glucose from being used as a fuel source.

Instead, the body starts breaking down fat at an excessive rate, causing a condition known as diabetic ketoacidosis (DKA). The liver turns the fat into a new fuel source, called ketones, which causes the blood to become acidic.

DKA can become life-threatening if untreated. Several noticeable symptoms may occur with DKA, including:

According to the National Library of Medicine, the prevalence of DKA is higher among people who use cocaine more than other drugs.

When you use cocaine, you may forget to take insulin, which can lead to high blood sugar levels. High blood sugar, or hyperglycemia, is a risk factor for DKA in diabetics.

It may also be influenced by the excess production of counterregulatory hormones that prohibit the action of insulin. These include the hormones norepinephrine and epinephrine, which are increased in the body with cocaine use.

Drug use issues can affect every area of your life and can further complicate medical conditions. If you or a loved one is a diabetic, it is important to seek treatment for cocaine addiction.

Treatment facilities give you access to qualified healthcare professionals, positive peer support, and other treatment services.

A clinician will likely develop an individualized treatment plan that may include:

If you or a loved one would like more information about cocaine addiction treatment, please contact us today.