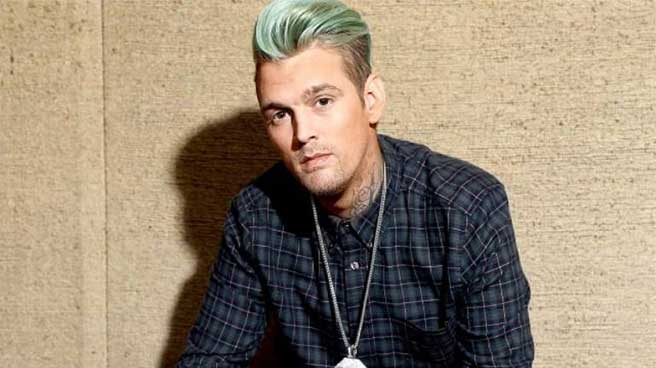 Aaron Carter was an American actor and singer also known as the younger sibling to Nick Carter of The Backstreet Boys. Aaron Carter passed away at the age of 34 on November 5, 2022.

On November 5, 2022, Aaron Carter was found dead in his Lancaster, California home. He was found in the bathtub at 11 a.m. The 34-year-old suffered from several mental health disorders as well as substance abuse issues.

The cause of death has yet to be determined, and this page will be updated when that information is available.

Carter recently completed a rehab program in September 2022. He was an advocate for mental health and shared his difficulties online and in many interviews.

Aaron Carter was born on December 7, 1987, in Tampa, Florida to parents Robert and Jane Carter. However, the family originally came from Jamestown, New York, the birthplace of the oldest child, Nick Carter from The Backstreet Boys.

Not to be overshadowed by his famous brother, Aaron Carter began a career of his own by singing “Crush On You” by The Jets in his first solo appearance when opening for The Backstreet Boys in 1997.

This was followed by a debut album titled Aaron Carter. Afterward, he released another album called Aaron’s Party (Come Get It). This album sold more than three million copies and featured hits such as “I Want Candy” and “That’s How I Beat Shaq.”

In addition to his music, Carter began an acting career in 2001. He guest starred in The Lizzie McGuire Show and also had roles in Sabrina the Teenage Witch as well as 7th Heaven.

Later in his life, he also took part in Dancing With the Stars as one of the contestants and finished in fifth place. He was also featured on The Doctors.

Carter struggled with legal issues later in life and was even arrested in 2020 after a domestic violence incident took place between him and his fiancee Melanie Martin. The two had a child together in November 2021.

The following is a list of Aaron Carter’s studio albums:

During his life, Aaron Carter participated in drug use. In fact, he was quite open about his mental health struggles as well as his substance abuse in several interviews according to CNN.

In 2008, he was caught with two ounces of marijuana in his car, and in 2017, he was arrested for driving under the influence.

In addition, Carter starred on the television show The Doctors, which revealed a number of drugs in his system such as benzodiazepines and opioids, both central nervous system (CNS) depressants.

CNS depressants, when combined, can create serious side effects such as respiratory depression or seizures. Speak with your doctor before combining medications as drug interactions may take place.

In 2011, he completed a one-month stay at the rehab center known as Betty Ford Center in Rancho Mirage, California. In 2017, he later visited another treatment center, the Alo House, located in Malibu, California.

Carter was publicly open about his mental health issues. In 2019, he revealed he had been diagnosed with bipolar disorder and schizophrenia.

On September 22, 2022,  Carter continued to struggle with drug addiction, eventually enrolling in a rehab center. This occurred soon after he lost custody of his son who was 10 months at the time.

If you or a loved one are struggling with drug use, evidence-based treatment options can help make recovery possible.

At Ark Behavioral Health, we design individualized treatment plans to encourage healthy habits and personal growth. To learn how we treat substance use disorder in both inpatient and outpatient treatment settings, please contact us today.