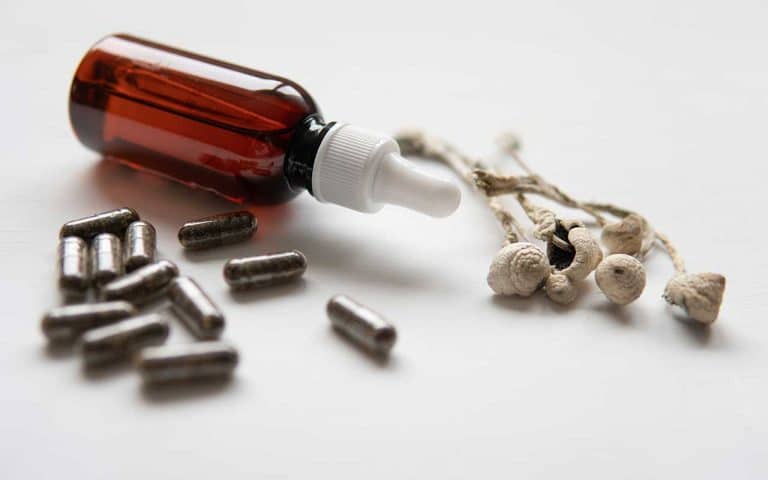 When most people hear the term “psychedelic drugs,” they think of intense symptoms like hallucinations (seeing, hearing, or feeling things that aren’t there) and dissociation (feeling disconnected from your body).

It’s true that psychedelics can make you hallucinate and dissociate. In recent years, though, some people have managed to avoid these side effects by microdosing.

Microdosing means ingesting tiny amounts of psychoactive substances, typically psychedelic substances, to achieve a sense of well-being without experiencing hallucinations, dissociation, or other extreme side effects.

A microdose, or “microgram,” is usually about one-tenth of a standard “full dose.” Microdosing schedules vary from person to person. However, many individuals take one dose every three days, typically because they find the drug’s effects last about two days.

The most commonly microdosed drugs are lysergic acid diethylamide (LSD) and psilocybin mushrooms (magic mushrooms or shrooms). Other drugs used in microdosing include:

People microdose for a variety of reasons. For example, many “microdosers” seek relief from mental health concerns like depression, anxiety, bipolar disorder, schizophrenia, and addiction, especially when traditional interventions like psychotherapy and psychiatry have failed.

Other reported benefits of microdosing psychedelics include improved cognition, creativity, energy, sociability, and focus, as well as relief from headaches, menstrual pain, and muscle tension.

In the past, these beneficial effects had only been recorded via anecdotal reports. More recently, psychedelic research scientists have been conducting formal microdosing studies, including double-blind clinical trials, which are considered the most reliable types of studies.

In a study published by the Public Library of Science, participants who took low doses of psychedelic drugs experienced:

Similar findings appeared in a 2018 questionnaire published by the journal Psychopharmacology.

Not all studies show such promise. In a study published by the Imperial College London, for example, participants who took a placebo reported similar psychological benefits as those who took the microdose.

This suggests that the positive effects of microdosing may result from a placebo effect.

Follow-up surveys and additional research studies are needed to more definitively determine the effects of microdosing.

No. Psychedelic substances are illegal to produce, possess, or sell. Even if you use small doses, the drugs can appear on standard drug tests and lead to legal charges.

However, if research continues to suggest that microdosing can have positive effects, the practice may eventually become legal.

Psychedelics can cause unpleasant side effects, even at the small doses involved in microdosing. These effects may include:

Because microdosing may worsen mental health concerns like anxiety and psychosis, it might not be safe for people who already suffer from mental illnesses.

If you microdose with a non-psychedelic drug such as nicotine or Ritalin, you face the risk of addiction.

While most psychedelic drugs aren’t addictive, microdosing LSD and some other psychedelic drugs can lead to tolerance. Tolerance means you need increasingly or more frequent doses of a drug to feel the desired effects.

Also, cannabis and certain psychedelics, such as PCP, can cause physical dependence. That means your body relies on the drug to function normally. If you stop using it, you may experience unpleasant withdrawal symptoms like cravings, sweating, and headaches.

When you have a psychedelic experience, you may have flashbacks to it months or even years after you stop using the drug. Flashbacks make you feel like you’re reliving the experience, which some people find distressing (especially if they had an unpleasant experience, also called a “bad trip”).

If you or someone you love struggles with psychedelic drug use, please contact an Ark Behavioral Health specialist. We offer a variety of substance abuse treatment services, including medical detox and mental health counseling, on an inpatient or outpatient basis.