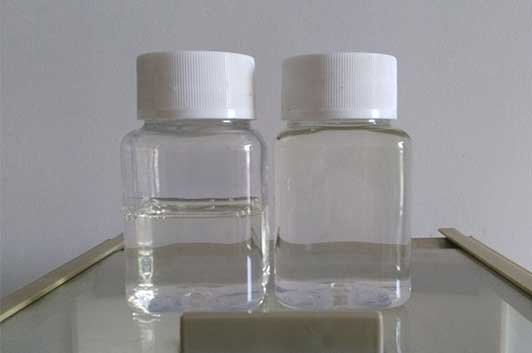 Across the world, about 2.3 billion people drink alcoholic beverages. The main ingredient in these beverages is ethanol, which is considered a primary alcohol. In recent years, some people have also started consuming tertiary alcohols, including 2-methyl-2-butanol (2M2B).

Here’s what you should know about this powerful substance.

2M2B is an alcohol that belongs to a class of alcohols called pentanols. It’s also considered a tertiary alcohol, which means it contains a carbon atom attached to three alkyl groups (groups containing carbon and hydrogen atoms).

In contrast, primary alcohols like ethanol contain a carbon atom attached to only one alkyl group.

As with other types of alcohol, 2M2B is a colorless liquid. It has a strong, unpleasant odor similar to the chemicals paraldehyde and camphor.

Like ethanol, it acts on GABA receptors. GABA (gamma-aminobutyric acid) is a neurotransmitter (brain chemical) that makes you feel calm.

Between the 1880s and 1950s, doctors used 2M2B as an anesthetic. In the 1930s, the drug was also used as a solvent for an anesthetic called tribromoethanol (TBE). However, this practice ended when researchers realized that TBE causes liver damage.

Today, 2M2B is often used as a solvent in organic synthesis. It has also become popular as a recreational drug.

Many drug users turn to 2M2B because it does not appear on standard drug tests. However, it can be detected in blood and urine samples via a specialized testing method called gas chromatography–mass spectrometry.

Other names for 2M2B include:

Most people feel the effects of 2M2B within 30 minutes of ingestion. The drug’s most common effects include:

These effects resemble those of ethanol effects. However, they are much stronger and longer-lasting. Even low doses of 2M2B can cause extreme drowsiness that lasts up to a full day. Other effects may last for 2 days.

Because it’s so strong, the drug poses a high risk of adverse effects, including overdose and addiction.

If you or someone you know experiences these symptoms, call 911 right away. A 2M2B overdose may be fatal when left untreated. While there has been very little research on the drug’s toxicity, the lowest fatal dose on record is 30 milliliters.

Like other drugs that act on GABA receptors (including ethanol, benzodiazepines, and barbiturates), 2M2B can be addictive. The most common symptoms of 2M2B addiction are tolerance and physical dependence.

In some cases, 2M2B can also cause symptoms of delirium tremens. Delirium tremens is a severe withdrawal syndrome often associated with alcohol addiction. Symptoms may include:

Seek medical help immediately If you or someone you know experiences symptoms of delirium tremens. When left untreated, the condition can be life-threatening.

If you or a loved one shows signs of 2M2B addiction, seek help at a substance abuse treatment program. These programs offer evidence-based treatments such as:

To learn more about treatments for 2M2B addiction, please reach out to an Ark Behavioral Health specialist. Our board-certified treatment providers offer personalized, comprehensive care on an inpatient or outpatient basis.