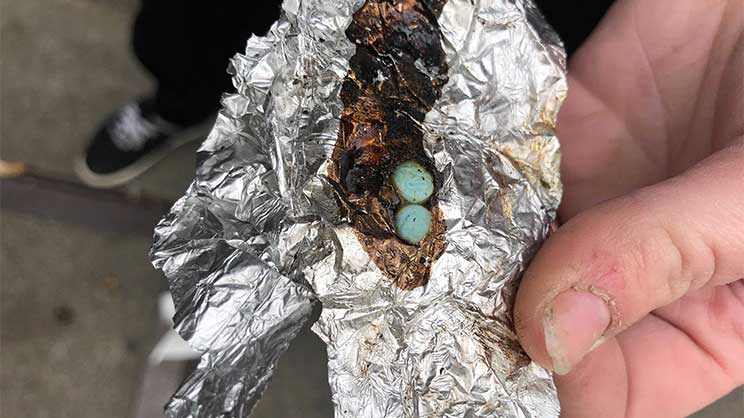 The illegal drug market contains numerous substances that pose a high risk of addiction and overdose. Most of these substances go by various street names. In recent years, many drug dealers have started selling highly dangerous drugs known as “blues” or “M30s.”

What Are Blues Drugs?

Blues or M30s are round, blue pills stamped with “M” on one side and “30” on the other side. They contain illegally manufactured fentanyl.

Fentanyl is a synthetic (human-made) opioid that doctors use to treat severe cancer pain. According to the United States Drug Enforcement Administration (DEA), it’s 50 to 100 times more powerful than morphine.

Like other opioids, fentanyl can make you feel relaxed and euphoric, or “high.” That’s why some people abuse it. It’s often sold on the street under names like “apache,” “China girl,” and “TNT.’

Most people who use blues and M30s don’t realize they are ingesting fentanyl.

That’s because drug dealers try to pass the pills off as oxycodone, a prescription opioid that’s much less deadly than fentanyl. They do this to give buyers a stronger high and cut production costs (as fentanyl is relatively cheap to manufacture).

In the past, most blues were produced in Mexico, China, and India. Recently, though, many U.S. drug traffickers have started producing them as well. This is likely because so many Americans have become addicted to opioids.

Blues are often sold to teenagers and young adults on social media. In general, young people are more likely to use pills than other types of street drugs because they’re usually cheaper. They also lack strong smells, which helps teenagers hide their drug use from their parents.

Many people who use blues heat them on a piece of tinfoil. This practice produces vapors that can be smoked.

The Dangers Of Blues Drugs

If you or someone you know experiences these symptoms, call 911 right away. Also, administer naloxone if you have it. Naloxone is a medication that can quickly reverse the effects of an opioid overdose.

It’s available at most pharmacies under the brand Narcan. Your pharmacist or doctor can teach you how to administer it.

Using blues and M30s can also lead to fentanyl addiction. This serious disease makes you feel unable to stop using fentanyl even if you want to. Other symptoms can include:

How To Stay Safe From Counterfeit Drugs

In most cases, blues and M30s look identical to genuine oxycodone pills. That’s why you should never buy oxycodone on the street or online. Instead, use it only when it’s prescribed to you by your doctor.

You should also encourage your loved ones, especially teenagers and young adults, to do the same. Explain that many street pills are secretly contaminated with fentanyl and that it’s impossible to identify which pills are fake.

Along with being pressed into blue pills, fentanyl is also secretly added to a wide variety of other street drugs, including:

Ultimately, the only way to avoid a deadly fentanyl overdose is to never use street drugs. If you or someone you love feels unable to stop using street drugs, seek help at a drug addiction treatment center.