5 Reasons Why Marijuana Is Addictive 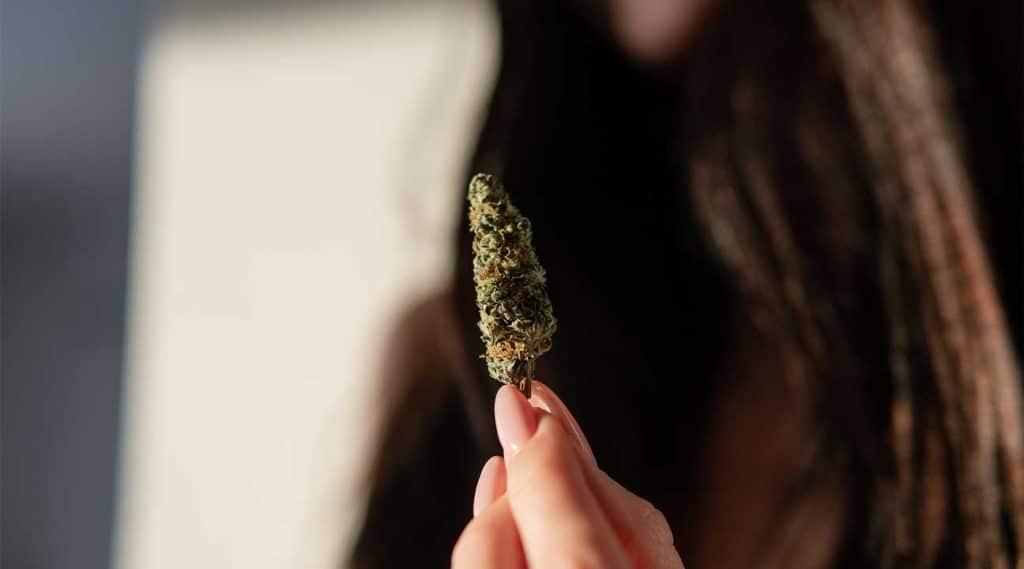 In the United States, the legalization of marijuana use has made it available for individuals to purchase for recreational and medical reasons. In many states, marijuana is no longer an illicit drug.

But, is marijuana addictive? With growing availability comes increasing awareness that marijuana is not necessarily appropriate for everyone.

If you or a loved one use marijuana, it’s worth considering the potentially addictive nature of this drug. Here are five reasons why marijuana addiction is real.

1. Potency On The Rise

Decades ago, marijuana was far less potent than it is today. According to the National Institute on Drug Abuse (NIDA), the potency of marijuana has been rising.

Marijuana seized by law enforcement authorities in the early 1990s was tested as having an average of less than 4 percent tetrahydrocannabinol (THC), the chemical substance that makes marijuana users feel high.

By 2018, however, the average amount of THC had increased to more than 15 percent.

This increased potency could lead to problematic use and health consequences that haven’t been associated with marijuana in the past.

The NIDA notes that approximately 4 million people met the diagnostic criteria used to determine a marijuana use disorder in 2015, the latest year for which statistics are available. Of this group, 138,000 reported seeking treatment for cannabis use disorder.

Long-term marijuana use on a daily basis can lead to life-disrupting problems.

The Substance Abuse and Mental Health Services Administration (SAMHSA) reports on the risks of marijuana use, which includes negative consequences like:

As a growing industry in states where medical marijuana or legal marijuana is available, long-term drug use is easy and on-demand for young adults aged 21 and up.

When it’s more convenient for marijuana users to get high, the risk of developing a habit can go up accordingly.

Medical marijuana dispensaries allow patients to bring in a card showing a physician has made a recommendation that the drug can provide relief for a health problem.

Recreational dispensaries make it readily available with convenient delivery services, where people can simply tap their choices on a smartphone screen.

And as people consume marijuana on a regular basis, the risk for marijuana abuse tends to increase. The Centers for Disease Control and Prevention (CDC) reports that marijuana tolerance is likely when it’s easily accessible and used frequently.

This means that people may need to smoke more to achieve the same effects of marijuana, increasing the risk of cannabis addiction. The person may have to smoke, vaporize, or eat increasingly larger amounts to feel the same way.

There are now more options available for marijuana use than ever before. Marijuana is now processed in manufacturing facilities to extract THC for use in edibles like brownies or cookies.

THC is also extracted into oil or wax concentrates that are vaporized and inhaled for a very powerful high.

The CDC notes that the consequences of marijuana edibles or concentrates are still unknown. With several new ways to consume the drug, marijuana dependence is likely. This means the person may experience marijuana withdrawal when they stop using.

The NIDA explains that approximately 30 percent of people using marijuana have marijuana use disorder, which is the medical term for marijuana addiction.

Marijuana use disorder will occur four to seven times more often in people who started using before they reached the age of 18.

Marijuana use disorder is linked with cannabis withdrawal symptoms when people abruptly cease drug use, which can include:

The earlier people use marijuana on a regular basis, the more their brain gets used to the drug. This can make it hard to enjoy things without use, increasing the risk for addiction.

Marijuana addiction is a substance use disorder that should be taken seriously. Addiction treatment centers routinely see patients with marijuana problems, and treatment programs use therapy and counseling to change behaviors associated with use.

To learn about our treatment options, please contact us today.