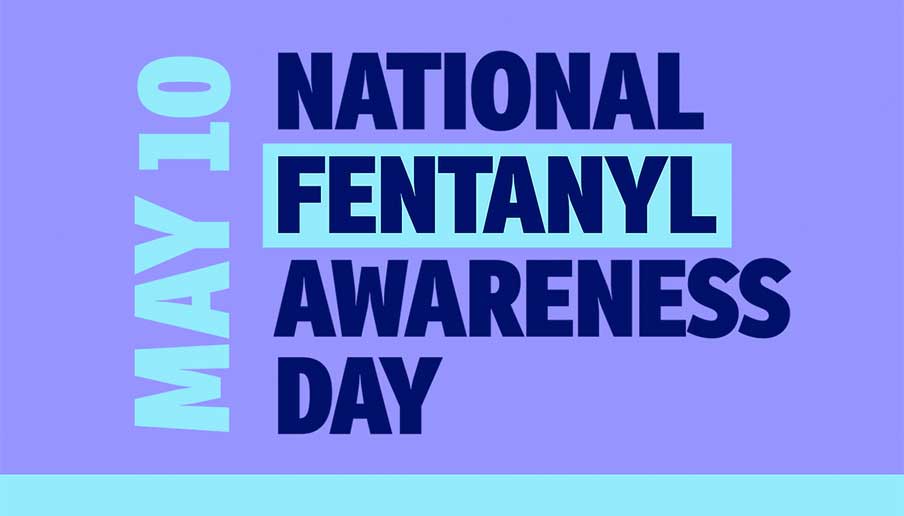 The United States Senate has designated May 10th as National Fentanyl Awareness Day to spread awareness of the drug’s dangers.

Fentanyl is a synthetic opioid that doctors use to treat severe pain. In recent years, drug traffickers have been illegally manufacturing fentanyl and adding it to a variety of street drugs. This trend has caused a record-breaking rise in overdose deaths.

Common signs of a fentanyl overdose include:

In the 12-month period that ended in October 2021, over 105,000 drug overdose deaths occurred in the United States, the highest number ever recorded. Nearly 69,000 of these deaths involved Fentanyl.

Also, in the 12-month period that ended in April 2021, fentanyl was the leading cause of death for Americans between the ages of 18 and 45.

Many people overdose on fentanyl without even realizing they have ingested the drug.

That’s because some drug dealers secretly add fentanyl to drugs like methamphetamine, cocaine, heroin, and MDMA. They do this to give buyers a stronger high and to reduce production costs (as fentanyl is relatively cheap to manufacture).

Some drug dealers also add fentanyl to pills and pass them off as popular prescription drugs like Xanax and Percocet.

Fentanyl-laced pills are often sold to teenagers and young adults on social media. This is probably why deaths involving fentanyl are rising the fastest among Americans ages 14 to 23.

How To Participate In National Fentanyl Awareness Day

Most people don’t know how strong fentanyl is or how frequently it’s added to other drugs. That’s why spreading awareness is so important.

Anyone can take part in National Fentanyl Awareness Day by discussing the dangers of fentanyl with friends and family. You can also share information about the drug on social media using the hashtags #NationalFentanylAwarenessDay and #JustSayKNOW.

If you or someone you love struggles with substance abuse, please contact an Ark Behavioral Health specialist. We offer a variety of evidence-based addiction treatment services, including medical detox, mental health counseling, and support groups.