A Brief History Of Alcohol Abuse 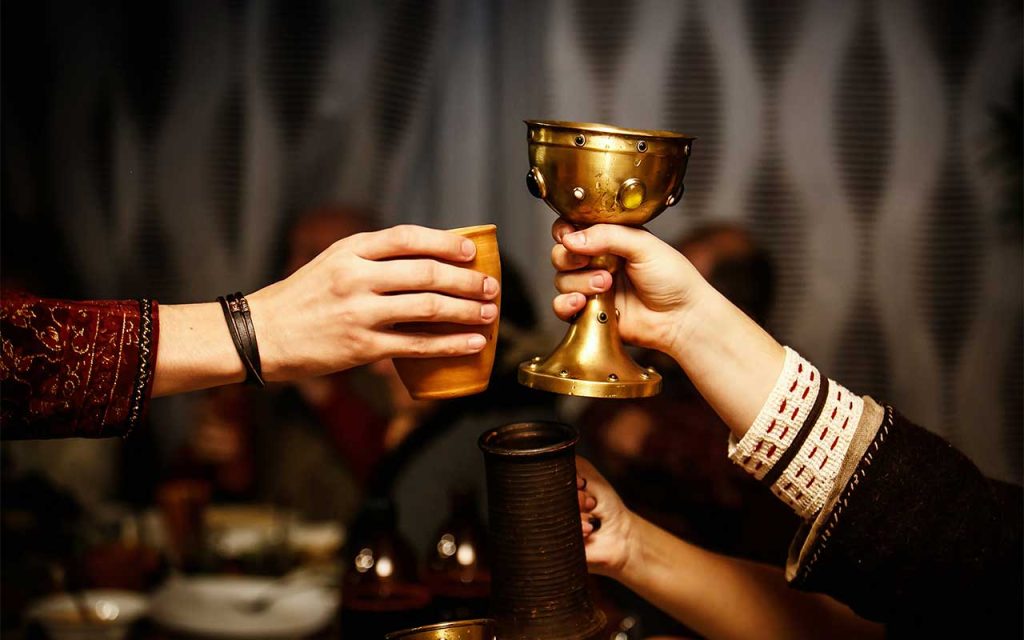 Alcohol plays a key role in our culture today. Americans drink to celebrate, drink to commiserate, drink casually, drink at formal events, drink to calm down after a long hard day, and drink to lower our inhibitions before we dive into a wild night out.

An estimated 14.1 million adult Americans ages 18 and older (or about 5.6% of the adult population) experience alcohol use disorder.

Alcohol has been the most widely-available addictive substance for thousands of years, with fermentation developing sometime after the development of agriculture approximately 13,000 years ago.

Early alcoholic drinks were made using simple grains, honey, and fruit juice, and they held significant advantages for the societies that promoted alcohol production.

Alcohol was a valuable trade good, and acted as a natural disinfectant, protecting against harmful bacteria and other microbes in drinking supplies.

However, the overconsumption has existed just as long and drunkenness is commonly referenced in ancient writings including early Greek literature and the Bible or Torah.

In the 1700 and 1800s, grain spirits became increasingly cheap and widespread in western nations, coinciding with a dramatic increase in alcoholism and alcohol-related problems in the urban and rural working classes.

In response, the Temperance movement promoted moderation in alcohol use, and later outright elimination of drinking alcohol to combat social ills like drunkenness, domestic violence, and corruption.

On January 17, 1920, the United States launched a policy known as Prohibition which banned the manufacture, sale, import, or export of alcoholic products, though not the actual consumption of alcohol.

For the next thirteen years the illegal alcohol trade ran wild, funding a massive expansion of organized crime and other unregulated criminal activity related to alcohol production, transportation, and sale.

Millions kept drinking and kept developing drinking problems. Americans became ever more accustomed to violations of the law until Prohibition finally ended on December 5, 1933 with ratification of the Twenty-first Amendment.

In 1935 in Akron, Ohio, Bill Wilson, a self-professed alcoholic, spoke with fellow heavy drinker Bob Smith. Together, the two men launched a new organization dedicated to alcoholism treatment through a process of mutual support and personal progress: Alcoholics Anonymous (AA).

The organization was groundbreaking for it’s time and in the years since has remained nonprofessional, self-supporting, and non-political.

AA and the 12-steps served as a template and proving ground for many of the different substance abuse treatments used in professional addiction treatment centers today.

According to a 2019 National Survey on Drug Use and Health (NSDUH):

Alcohol is the third leading cause of preventable death in the United States, after tobacco and diet/inactivity. Alcohol-related accidents and diseases including liver disease and cancer kill an estimated 95,000 Americans (approximately 68,000 men and 27,000 women) each year.

A Disease Of Despair

Increased risk of alcohol abuse and other harmful, addictive behaviors appear to be strongly tied to genetics, family history, and changing cultural conditions and cycles.

In recent years, drug abuse and overdoses (including methamphetamine, opioids, and alcohol overdoses), suicide, and alcohol-related liver cirrhosis or failure have been identified as so-called diseases of despair.

Diseases of despair are highly prevalent in populations with a depressed view of their long-term social and economic security and opportunity.

These harmful behavioral diseases put a heavy burden on human services and the health care systems in these regions. They are strongly linked with the decline of specific rural and urban American communities, the Great Recession, and most recently the Covid-19 pandemic.

Alcohol addiction is not a new phenomenon. It is an old disease that can be treated and overcome.

If you or a family member are struggling with problematic alcohol consumption and dependency or other substance use disorders, seek out professional help.

Our addiction treatment centers provide a wide-range of inpatient and outpatient services to help you overcome your alcohol dependence, including:

5 Reasons Alcohol Should Be Illegal

8 Signs You’re Drinking Too Much

Can I Drink Alcohol In Recovery?