The Rise Of Fentanyl-Laced Street Drugs 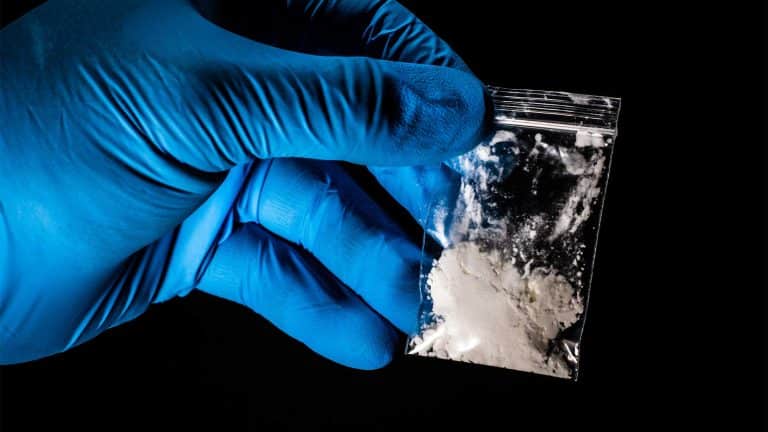 Fentanyl is a synthetic opioid used to treat severe pain. According to the United States Drug Enforcement Administration (DEA), it’s 50 to 100 times more powerful than morphine. That’s because it activates the brain’s opioid receptors more quickly.

Like other opioids, fentanyl can make you feel relaxed and euphoric, or “high.” That’s why some people mix it with other drugs and sell it on the street. Fentanyl-laced street drugs pose serious health risks, including death.

What Are Fentanyl-Laced Street Drugs?

A fentanyl-laced street drug is any drug sold on the street that contains fentanyl. It could be an illicit drug (such as heroin, cocaine, or methamphetamine) or a counterfeit pill or prescription drug (such as Xanax or oxycodone).

People lace drugs with fentanyl for two main reasons. First, as mentioned above, fentanyl causes a feeling of relaxation and euphoria (extreme joy). Some drug dealers add it to other drugs to give buyers a more intense high so they’ll become repeat customers.

Other dealers use fentanyl to cut production costs.

In particular, they often turn the drug into a white powder and mix it with other drugs that have a white powder form (namely heroin, cocaine, and methamphetamine). That’s because white powder fentanyl is much cheaper and easier to produce than other white powder drugs.

In most cases, dealers don’t tell buyers they’ve laced a drug with fentanyl. That means that anyone who buys a drug from the illegal drug market could unknowingly ingest fentanyl and face severe health problems.

All street drugs pose the risk of overdose and addiction. However, this risk increases significantly when a drug contains fentanyl.

A drug overdose occurs when you use enough of a drug to cause life-threatening symptoms. Because it’s so powerful, even a small amount of fentanyl can cause a fatal overdose.

In fact, according to the Centers for Disease Control and Prevention (CDC), synthetic opioids such as fentanyl were involved in over 36,000 drug overdose deaths in 2019.

Common signs of a fentanyl overdose include:

If you or someone you know experiences these symptoms, seek emergency medical care. Most health care professionals treat fentanyl overdoses with a drug called naloxone (brand name Narcan). Naloxone is available as an injectable and nasal spray.

As an opioid antagonist, naloxone attaches to opioid receptors and blocks the effects of an opioid overdose.

Drug addiction (also called substance use disorder) is a serious disease that makes you feel unable to stop using a drug. Since fentanyl is so potent, it’s highly addictive.

Signs of fentanyl addiction may include:

How To Avoid The Dangers Of Fentanyl-Laced Drugs

The only way to stay safe from fentanyl-related dangers is to avoid street drugs. However, people who use street drugs can slightly reduce the risk of danger through harm reduction techniques.

First, you should always keep naloxone on hand. As explained above, naloxone is a medication that can reverse a fentanyl overdose.

In most states, you can find the drug at your local pharmacy, harm reduction center, or needle and syringe exchange program. In some cities, law enforcement and first responders may also carry the medication.

Ask a healthcare professional or pharmacist to teach you (and, if possible, your loved ones) how to administer the drug.

In addition, people who use street drugs should buy fentanyl test strips. These small strips of paper can identify the presence of fentanyl in street drugs.

You can find them online or at harm reduction centers, needle and syringe exchange programs, or certain dollar stores. Before you use a fentanyl test strip, read the product’s instructions thoroughly.

Even if a street drug doesn’t contain fentanyl, it can still cause overdose, addiction, and other health problems. To best protect your health, avoid street drugs altogether.

If you or someone you love struggles with fentanyl use or another form of drug use, please contact an Ark Behavioral Health specialist. Our treatment centers provide comprehensive, personalized services to help you recover from substance abuse.