What Is China White? 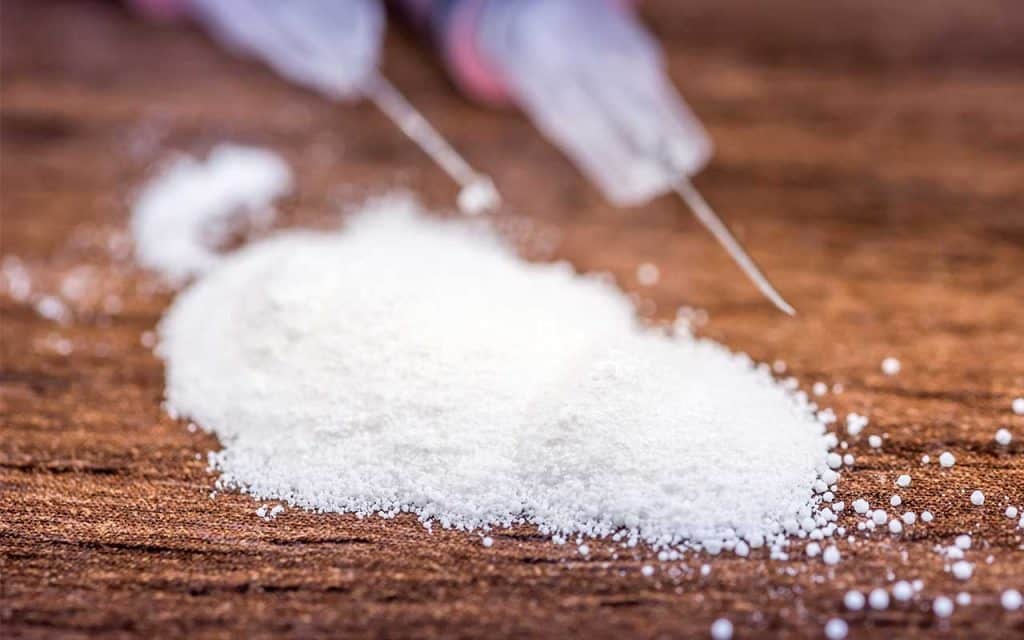 China White is the street name for fentanyl but may also refer to heroin laced with fentanyl. Fentanyl is an extremely potent and dangerous synthetic opioid that can result in fatalities, especially when mixed with heroin.

Is China White A Form Of Heroin?

Heroin is an illicit opiate that can come in two different forms, black tar heroin, and powder heroin. Powder heroin, especially white powder heroin, is considered the purest and most potent form. Heroin often contains additives, including flour or talcum powder but may also include fentanyl.

Fentanyl in powder form looks similar in appearance to white powder heroin, which makes it easy to combine the two drugs. Some people may purchase heroin without knowing it contains fentanyl, which is what makes China White particularly dangerous.

China White may refer to:

Fentanyl was introduced to the pharmaceutical market in the 1960s as an anesthetic. It is currently available as a prescription painkiller for managing severe chronic pain. It has a high risk for abuse and dependence and is a Schedule II controlled substance in the United States.

Fentanyl analogs have also been illegally produced in clandestine laboratories, of which at least ten versions have been discovered. Analogs are drugs that have a similar structure to another drug.

The illegal production of fentanyl has increased fatal overdoses from both fentanyl and fentanyl mixed with heroin. According to the Centers For Disease Control And Prevention (CDC), the rates of overdose deaths from synthetic opioids increased 10% in 2018.

The effects of fentanyl are similar to heroin, except they can be much more powerful. To compare, fentanyl is almost 100 times more potent than morphine, a potent opioid used to treat severe pain.

100 micrograms of fentanyl is the equivalent of 10 milligrams of morphine.

The heroin brought into the United States by Chinese drug traffickers has historically been referred to as China White. It was considered a pure form of white heroin and was the preferred form on the east coast.

Mexican drug cartels wanted to compete with China White and created a designer drug that contained heroin mixed with illicitly produced fentanyl. Like heroin, China White can be smoked, snorted, or injected directly into the bloodstream.

Similar to other opioids, fentanyl attaches to opioid receptors in your central nervous system (CNS). Once attached, it produces pain relief and increases the neurotransmitter dopamine in your brain.

The increase of dopamine is responsible for the euphoric effects and relaxation associated with opioids. However, fentanyl is associated with an intense “rush” of euphoria and even more powerful effects than heroin and other opioids.

Side-effects of heroin and fentanyl may include:

It is easy to overdose on China White because of the high potency of fentanyl, especially when combined with heroin. Overdoses from fentanyl are usually caused by respiratory depression, which can slow or stop your breathing.

According to the National Institute On Drug Abuse (NIDA), respiratory depression can deprive your brain of oxygen. This can lead to a condition known as hypoxia, which can result in coma, brain damage, or death.

Signs of fentanyl overdose may include:

If you think you or someone you love may be overdosing, seek medical attention immediately. If you have access to Narcan (naloxone), administer it while you wait for help to arrive.

Fentanyl is a highly addictive opioid and long-term drug use can lead to physical dependence. Physical dependence means your body relies on the drug to function, which can result in withdrawal symptoms when you stop.

Signs of fentanyl withdrawal include:

If you think you may be showing signs of withdrawal, a detox program can help you safely manage your symptoms.

Over time, physical dependence can lead to addiction, which is characterized by compulsive drug use despite harmful consequences. Addiction can affect every area of your life, making it difficult to stop using on your own.

If you or a loved one would like more information about addiction treatment options, contact us today to speak with a specialist.

Is Fentanyl An Opioid?