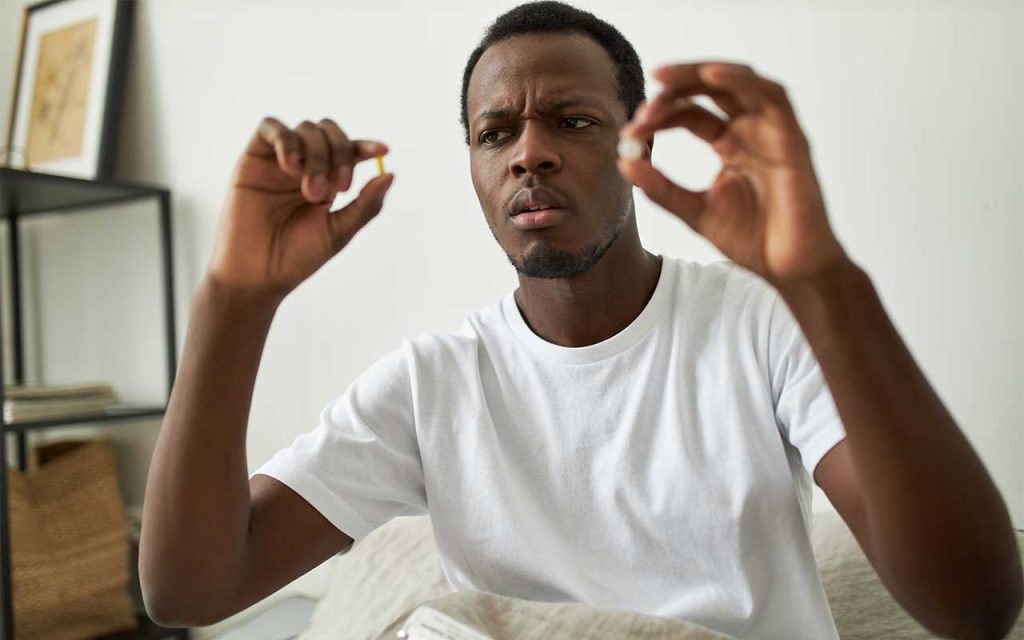 Barbiturates and benzodiazepines are often compared to or mistaken for one another. While they do have similarities, they are also very different from one another and come with their own benefits, side effects, and risks.

Benzodiazepines or benzos are central nervous system (CNS) depressants and sedative-hypnotics (make someone sleepy or drowsy) used to treat:

Benzos work by improving the effects of the gamma-aminobutyric acid (GABA) neurotransmitter in the brain. Seizures, anxiety, and some of the other conditions listed above can be caused by overactivity of nerves in the brain.

GABA reduces that activity, and these medications are effective for treating these issues. Benzodiazepines also improve the receptors of the neurotransmitter to give a mild “high” experience.

Benzos are available in short-acting, intermediate-acting, and long-acting forms.

Barbiturates also affect the GABA neurotransmitter that nerves use to communicate with each other and reduce nerve activity. With less nerve activity, barbiturates reduce heart rate, breathing, and blood pressure, as well as work as a muscle relaxant.

While benzodiazepines and barbiturates are not the same types of drugs, they do have a few similarities. They are both central nervous system depressants and prescription drugs that have similar effects on the body and cause drowsiness and sedation.

Despite the similarities, benzodiazepines and barbiturates are very different drugs. While they have a few side effects in common, most are quite different.

Barbiturates can cause headaches, dizziness, and abdominal pain while benzodiazepines can cause memory impairment, confusion, constipation, fatigue, and dry mouth.

Additionally, while they are both used for anxiety and seizures, benzodiazepines are also used to treat panic disorders, insomnia, depression, and muscle tension. Approved use of barbiturates include being used as an anesthetic and a migraine medication.

Withdrawal symptoms may occur if you suddenly stop taking benzodiazepines or barbiturates.

Is One Better Than the Other?

Whether one is better for you than the other all depends on what your condition is and any other symptoms or concerns you have. Generally, benzodiazepines are less toxic so they are often prescribed more. However, that doesn’t mean they aren’t less likely to be addictive.

Both drugs have a potential for addiction which is why both must be monitored carefully.

It’s never too late to seek treatment for benzodiazepine or barbiturate addiction. Addiction treatment uses a combination of different methods, from detox support to individual/group therapy, to address substance abuse and any underlying issues.

To learn which treatment programs are best for you, please contact our helpline today.