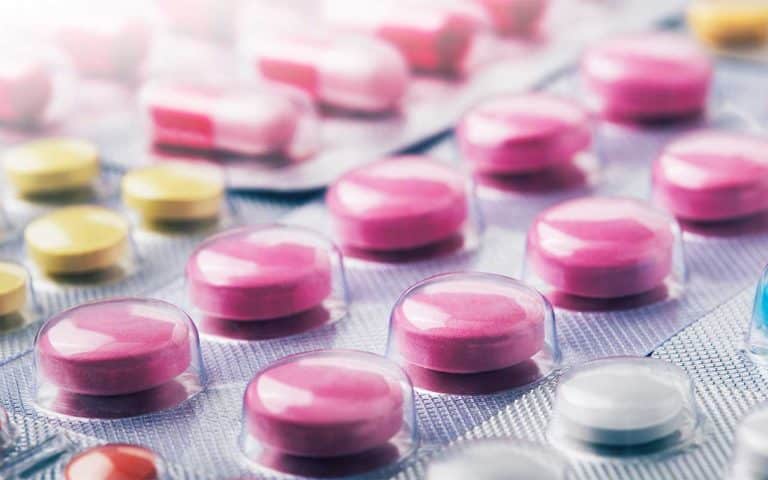 There are many medications that can treat generalized anxiety disorder (GAD). Some, including buspirone and hydroxyzine, can be prescribed long-term with a low risk of addiction.

The need for non-addictive anti-anxiety medications is apparent, due to a large number of benzodiazepine prescriptions in the United States. Benzodiazepines can treat symptoms of anxiety in the short-term but can be habit-forming and dangerous in the long-term.

Busprione is a substance that affects serotonin receptors in your brain. Serotonin is a neurotransmitter that is linked to many mental health disorders, including anxiety, depression, and some forms of bipolar disorder.

Common side effects of buspirone include nausea, sedation, dizziness, and headache. Studies on buspirone reported a low abuse potential, and little evidence of drug tolerance.

Buspirone is available as the brand name BuSpar. It is a slow-acting substance. It can take up to 6 weeks to feel its effects, but has a lower risk for dependence.

Hydroxyzine is an antihistamine that helps fight allergies, but can also be legally prescribed to treat symptoms of anxiety. It is a fast-acting drug, making it more effective in the short-term than buspirone.

Reported side effects of hydroxyzine are usually minor, and include drowsiness and dry mouth. Hydroxyzine is available as a prescription by the name Vistaril.

Gabapentin is an anticonvulsant that treats seizures and symptoms of the shingles disease. It is available as the prescription Neurontin.

Its FDA label does not list anxiety as a medical condition it treats. However, gabapentin may still be prescribed for anxiety by a psychiatrist.

These drugs increase the amount of serotonin or norepinephrine in the brain, respectively. SSRIs and SNRIs aim to improve mental health by binding to neurotransmitter receptors in the brain. They are commonly known as antidepressants.

SSRIs and SNRIs can be used to treat a number of mental health conditions, including major depressive disorder (MDD), obsessive-compulsive disorder (OCD), and forms of generalized anxiety disorder. They can be alternatives to benzos if prescribed for anxiety.

These drugs typically have less risk of physical dependence and addiction than benzodiazepines. They still have risks of side effects, including increased risk of bleeding, serotonin syndrome, and seizures. Many SSRIs and SNRIs are available as prescriptions, including:

The Importance Of Non-Addictive Treatment Of Anxiety Disorders

For many years, benzodiazepines have been widely prescribed to treat forms of anxiety disorders and panic disorders. The rate of prescribing benzos like Xanax (alprazolam), Valium (diazepam), Klonopin (clonazepam), and Ativan (lorazepam) is in the millions per year.

However, benzos are habit-forming substances and can cause physical dependence, withdrawal symptoms, and other long-term side effects.

All drugs come with some risks, and these substances are no exception. Though they generally have a lower risk of physical dependency, they have other side effects that can be severe.

These substances have appeal over benzos in their ability to be prescribed long-term, and their lower potential for addiction. If you are concerned about the side effects of these medications, your doctor can help you find a treatment that works for you.

Benzodiazepines can help reduce symptoms of anxiety, such as panic attacks, in the short-term. However, they can damage your health in the long-term. If you are struggling with chronic anxiety, you may want to look at other long-term treatments for your mental health.

You may also be dealing with benzodiazepine withdrawal if you’ve taken benzos for any amount of time. A professional treatment program can help you manage your withdrawal while you try to stop taking benzos.

To find out if non-addictive anxiety medications are right for you, or to explore other treatment options, contact us today or talk to your healthcare professional.