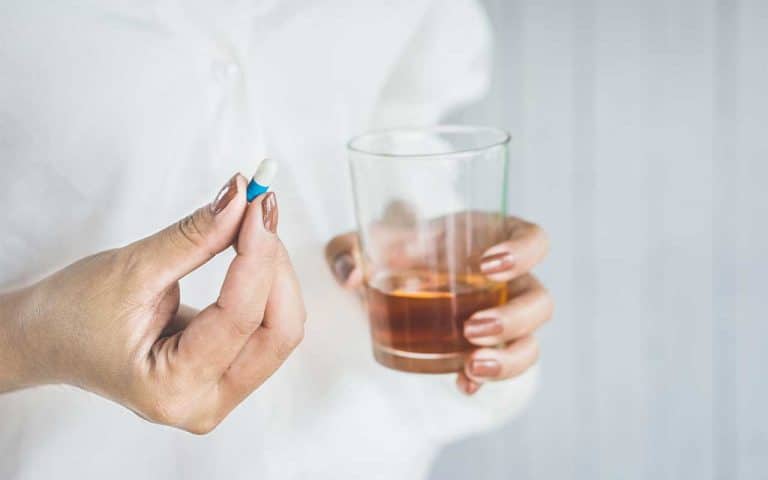 Mixing any drugs without the advice of a medical professional is always dangerous. This is particularly true when mixing two or more benzodiazepines or when mixing benzos with other depressants like alcohol. They don’t react well together and can cause intense side effects.

Benzodiazepines are central nervous system (CNS) depressants that are normally prescribed to treat:

The most common prescription drugs abused along with benzos are other benzos. Taking two benzos together increases the effect they’d normally have and causes dangerous side effects including death. There’s also an increased risk of overdose.

Those who mix benzodiazepines may experience:

If tolerance for one drug has developed already, it’s possible people who start using two benzos together are trying to feel the same high they felt from earlier use.

The other most common depressant abused with benzodiazepines is alcohol. Sometimes people don’t even realize they’re doing it. They’re on a prescription drug and happen to drink alcohol. The side effects come on without them realizing they’re abusing the drug.

Mixing benzos with alcohol can cause side effects like:

Alcohol and benzos like Xanax both affect the GABA (gamma-Aminobutyric acid) neurotransmitter that’s responsible for slowing the activity of the nervous system, causing a sedative effect. When these two depressants are mixed, oversedation can occur and lead to death.

Dangers Of Mixing Benzos With Other Depressants

The risk of abusing different benzos together or benzos with alcohol is much greater when they are taken together than when they’re taken separately. Because benzos and alcohol are both depressants, mixing them doubles their side effects.

The combination of the two drugs can lead to a reduction in cognition which can then lead to riskier behaviors as well as blackouts where you have no memory of what you did while on the drugs.

The amount of alcohol and benzos needed for an overdose is much lower when they’re taken together. Benzos stay in the system longer when consumed with alcohol because the body processes alcohol before anything else.

With just the effects from the benzos left, it can lead to someone taking more benzos to get the effect they want and ultimately, increase the risk of overdose.

For example, mixing alcohol with a short-acting benzo like Valium (diazepam) puts you at a high risk of overdose. The side effects you’re looking for from the drug may not last long once alcohol leaves the system, causing you to take more.

But it’s not just alcohol; the same thing can happen when you take Valium with long-acting benzodiazepines like Xanax, Klonopin, or Ativan (lorazepam).

It should also be noted that since benzos can be used to treat alcohol withdrawal, there’s an increased risk of overdose if someone relapses and has a drink.

When a person is detoxing from alcohol and taking a benzodiazepine to help with withdrawal symptoms, if they relapse, they can overdose from the mixing of drugs.

Why? Because their body’s tolerance for alcohol went down during detox so an overdose can occur with much less alcohol than when they were still abusing it.

To find help for yourself or a loved one dealing with substance abuse and addiction, call our helpline today. We have multiple treatment programs that can be geared towards your needs.