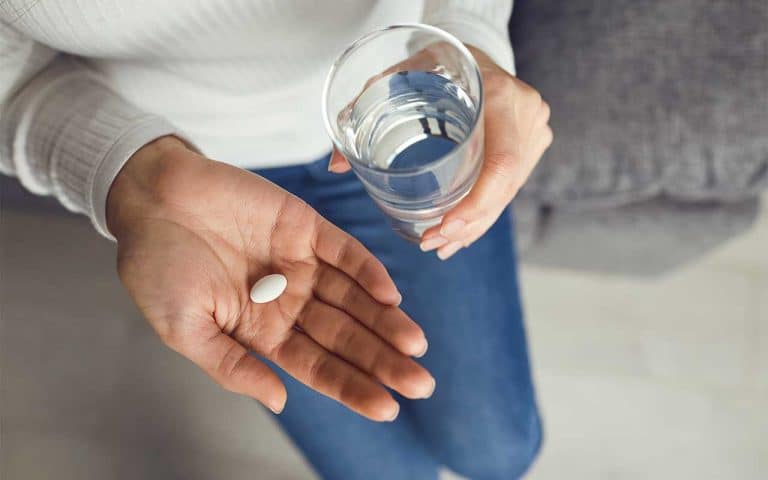 Benzodiazepines or benzos are central nervous system (CNS) depressants that are commonly prescribed for anxiety or as an anticonvulsant. While many benzodiazepines do a similar job, each type can differ in how long they act in your body.

This is mostly due to the half-life of each drug. Benzos come in long-acting, intermediate-acting, and short-acting forms. Because the half-lives can differ, one benzodiazepine can stay in your system and be active longer than another.

What Are Long-Acting Benzodiazepines?

Benzodiazepines work by improving the effects of the gamma-aminobutyric acid (GABA) neurotransmitter in the brain. Because seizures and anxiety can be caused by overactivity of nerves and GABA reduces that activity, benzos are effective at treating those issues.

Long-acting benzodiazepines have a long half-life. This means the effect they have on the brain can occur for days at a time. They can last in your system anywhere from 1-3 days. For comparison, short-acting benzos, like Halcion (triazolam) or Versed ( midazolam), only last 3-8 hours.

Long-acting benzos are also processed by your body more slowly and take longer to leave. You are more likely to experience a hangover effect with this type but less likely to have withdrawal problems.

Along with how long each drug stays in your system, here is a list of the most common long-acting benzodiazepines:

Benzodiazepines are used to treat many disorders, but some of the most common uses include:

Side Effects Of Long-Acting Benzodiazepines

Some side effects include:

Benzodiazepines are commonly abused. This abuse is partially related to the euphoric effects that the drugs produce and also to their widespread availability.

They can be chronically abused or, as seen more commonly in hospital emergency departments, intentionally or accidentally cause an overdose.

Death and serious illness rarely result from benzodiazepine abuse alone; however, they are frequently taken with either alcohol or other medications. The combination of benzodiazepines and alcohol can be dangerous, and at times, fatal.

When looking for abuse either in yourself or a loved one, there are some signs of benzodiazepine abuse to look out for:

Some of the most common withdrawal symptoms include:

Because of withdrawal symptoms, long-acting benzodiazepines need to have their dosage tapered off before they’re stopped completely. If they aren’t tapered off slowly, withdrawal syndrome can occur.

Withdrawal syndrome usually sets in if you’re physiologically dependent on the drug or your body has begun to crave it. The symptoms can range from tremors to anxiety and nausea.

There is never a wrong time to seek treatment for benzodiazepine addiction. Call our helpline today to find the treatment option that works best for you.