Halcion Half Life | How Long Does Halcion (Triazolam) Stay In Your System? 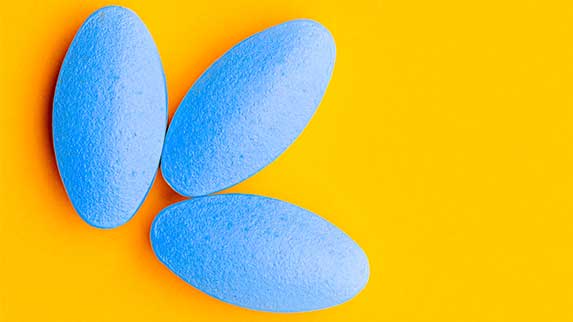 Halcion, a brand-name benzodiazepine drug, stays in your system for less than a day. However, triazolam can be detected on a urine drug screen for up to two days after last use.

Halcion (triazolam) is prescribed by healthcare providers as a sedative-hypnotic and used for the short-term treatment of insomnia, with a full course of treatment usually only lasting 7-10 days in total.

Halcion is also sometimes used to manage anxiety disorders, agitation, psychosis, and Tourette’s syndrome. However, Halcion can be extremely habit-forming and is prone to abuse.

Triazolam is usually cleared from the body quite rapidly, so in order to detect the drug, screenings also focus on a compound known as α-hydroxytriazolam.

This metabolite is formed by the breakdown or metabolism of triazolam in the body, and can be detected for a much longer period than triazolam itself.

Urine tests are the most common and reliable option for drug testing and can identify the use of triazolam for around two days after a person’s last dose.

Blood testing is rare in most settings, but can be used to identify triazolam use for up to a day after a person’s last dose.

Oral swabs can be used to detect triazolam use for, at most, 2-3 days after the drug was last used.

Hair follicle testing offers by far the longest detection period for illicit drug use, and can potentially identify a pattern of triazolam use for up to 90 days.

However, hair follicle testing is only effective when a drug was used regularly and/or in high doses, and is not effective for detecting drug use that occurred only in the past five days or so.

Different individuals will metabolize triazolam and remove it from their bodies at different rates, which can also be influenced by:

The elimination half-life of triazolam is 2-5 hours depending on the individual.

This means that it only takes around 3.5 hours (on average) for the body to metabolize one half of a normal dose. And because it takes around 5 or 6 half-lives to remove a drug from the body’s tissues, a dose of triazolam will be fully processed in as little as 10 hours, or as long as 30 hours.

Triazolam is the shortest-acting benzodiazepine available in the United States. After a person takes the medication, its effects will begin within 15 to 30 minutes and should peak around 1.5 hours later.

The effects of Halcion wear off after 5-6 hours, making it a reliable option for the treatment of sleep disorders.

Halcion Vs. Other Benzos

Like alprazolam (Xanax), diazepam (Valium), and other benzodiazepine hypnotics, triazolam works by temporarily enhancing the action of the GABA neurotransmitter. This slows and calms the central nervous system to ease tension and stress for a period of time.

However, triazolam has a high potency and unusually short half-life, and it does not generate active metabolites. These factors greatly limit its length of effect, making Halcion a poor choice for treating anxiety, panic, or seizures.

Because triazolam and other benzos can be extremely habit forming and abused to get high, they are collectively classified as Schedule IV controlled substances in the United States and are only available with medical prescriptions.

Always consult the information included with your prescription and only take triazolam exactly as directed. Key precautions relating to triazolam use include:

Long-term use of triazolam is not recommended, as prolonged exposure to the drug will promote the development of physical dependence and eventual withdrawal symptoms including rebound insomnia.

If dependence does develop, doctors strongly recommend participation in a formal detox/tapering program to manage these unpleasant and potentially dangerous discontinuation symptoms.

Taking higher doses of triazolam than prescribed or mixing it with other potent central nervous system depressants or stimulants can prompt severe drug overdose effects, including life-threatening respiratory depression.

Drugs that are specifically cautioned against include:

Triazolam is known to cause sleepwalking, drowsiness, and other potentially serious side effects. It should also be avoided by women who are or may become pregnant, or who are breastfeeding.

Halcion abuse is a dangerous practice that can lead to severe drug dependence, addiction, overdose, and other long-term health issues.

If you or a loved one live with prescription drug addiction, please contact Ark Behavioral Health to learn about treatment options.