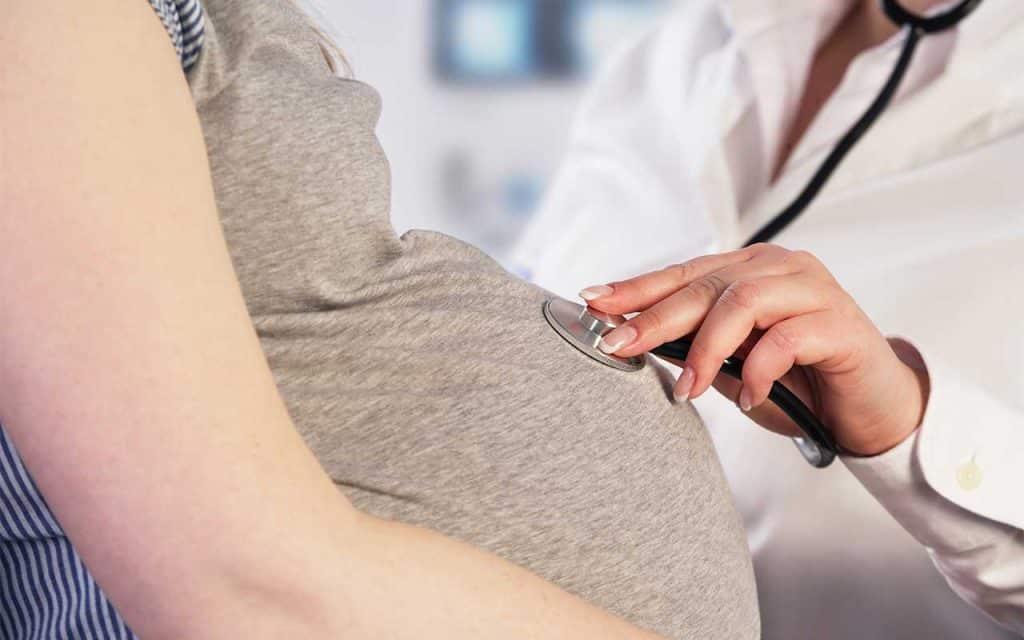 The use of benzodiazepines while pregnant can be tricky because of the possible side effects the drug can have on the fetus in utero or the newborn baby when it comes out. It’s important to talk to your doctor or healthcare provider to figure out what’s best for you and your baby.

Benzodiazepines are prescribed for a variety of different disorders, but are most commonly used to treat:

Since the prevalence of depression, anxiety disorders, and other mental health issues can be high during pregnancy, an obstetrician-gynecologist (OB-GYN) might prescribe a benzodiazepine to pregnant women.

Benefits Of Using Benzodiazepines During Pregnancy

Besides the benefits of the mother getting help for whatever issue the benzodiazepine treats, there are no real benefits to the fetus during pregnancy.

The drug can affect the baby during the pregnancy, but since the mother may receive relief from whatever problem they’re having, they must weigh the benefits against the risks to the baby.

Risks Of Using Benzodiazepines During Pregnancy

While the risks may not be permanent, there are a few risks to the mother and the baby during pregnancy. Not taking benzos during pregnancy would be ideal, but that’s not always an option.

In early pregnancy, benzodiazepine exposure has been known to increase the risk of spontaneous abortion. This is most likely to take place in the first trimester.

In the third trimester, benzos can cross through the placenta and the baby can be born and experience withdrawal symptoms once they’re no longer being fed through the mother’s body.

Withdrawal symptoms in newborn babies can include:

There’s also a chance of preterm birth, respiratory distress, and a low birth weight if the mother takes benzos in the third trimester of their pregnancy. There’s also a slightly increased risk of cleft lip or cleft palate.

Stopping Benzodiazepines Before Or After Pregnancy

If you’re worried about these risks and think stopping the drug will help, exercise caution.

Benzodiazepines almost always create a dependence in the body. This means that once you stop taking the drug, you may experience withdrawal symptoms that could hurt the fetus.

Slowly tapering the dose of the drug with a healthcare provider’s help is recommended. It’ll reduce the risk of withdrawal symptoms as well as preterm delivery.

Some benzodiazepines aren’t recommended during breastfeeding because they stay in the body too long and might cause symptoms in the baby. They normally bring on sedation in a breastfeeding infant.

When using a benzodiazepine during breastfeeding, watch your baby for signs they’re receiving too much of the drug through your breast milk:

Are Some Benzodiazepines Safer Than Others During Pregnancy?

Some benzodiazepines are safer to use during pregnancy than others. To avoid any risks, your care providers should try to stick to benzodiazepines with a proven safety track record and the lowest dose possible.

If a high dose of benzodiazepines is needed, spreading it throughout the day in smaller doses is recommended.

Benzodiazepines To Avoid During Pregnancy

There are a few benzodiazepines that should not be taken at all during pregnancy because the risks are higher than the potential benefits:

If you struggle with benzodiazepine use and are worried it will be hard to stop during pregnancy or breastfeed, you may want to consider an addiction treatment program. To learn what treatment programs will be best for you, please contact us today.

Centers for Disease Control & Prevention (CDC) - Pregnant Women Report Taking Medicines for Anxiety and Other Mental Health Conditions
National Library of Medicine - Effects of commonly used benzodiazepines on the fetus, the neonate, and the nursing infant
National Library of Medicine - The effects of benzodiazepine use during pregnancy and lactation
National Institute of Drug Abuse - Substance Use While Pregnant and Breastfeeding

How Long Are Benzos In Your System