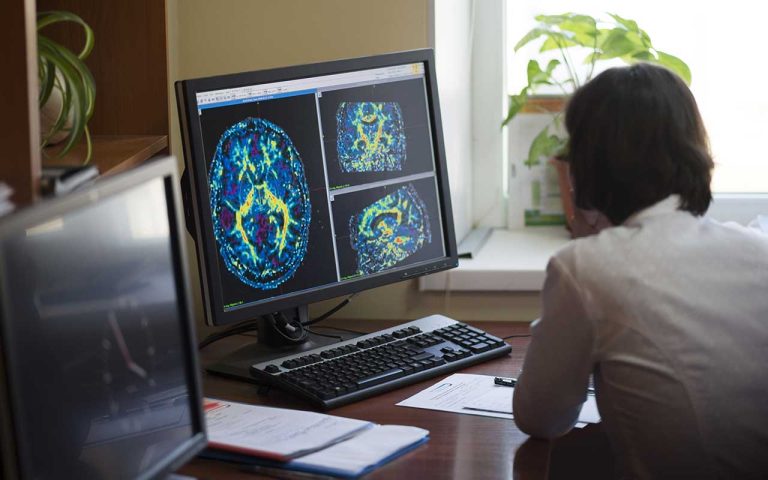 Benzodiazepines like alprazolam (Xanax), diazepam (Valium), and clonazepam (Klonopin) are prescription tranquilizers that have been used to treat anxiety disorders, panic disorders (panic attacks), seizures, and insomnia since the 1960s.

While benzodiazepines/benzos were celebrated as revolutionary miracle drugs in the years after their discovery, a wealth of evidence has shown that these drugs are not without significant cognitive risks, including the potential for brain damage.

Do Benzodiazepines Cause Brain Damage?

Given current medical evidence, long-term or high-dose use of benzodiazepines is understood to likely result in some level of long-term structural brain damage, though not all experts agree.

The evidence for benzodiazepines causing brain damage comes from a variety of studies and findings, most undertaken before the turn of the century.

These studies generally determined that some individuals who abused benzodiazepines or took them over a long period of time had brain abnormalities.

Malcolm Lader, a leading expert on benzos at London’s Institute of Psychiatry, found that the benzodiazepine users in their study, as a group, had larger ventricle/brain ratios than the controls (a frequent evidence of traumatic brain injury).

Another study found evidence of enlarged cerebrospinal fluid spaces among those who abused benzodiazepines, a change associated with cerebral atrophy, a form or effect of brain damage.

Why Would Benzodiazepines Cause Brain Damage?

The anomalies detected in these studies were found in a relatively small number of individuals, and were significantly less pronounced than brain damage associated with alcohol abuse, a condition which is much better documented.

Benzodiazepines cause sedation and central nervous system (CNS) depression by increasing GABA-A receptor sensitivity of the body to the gamma-aminobutyric acid (GABA) neurotransmitter.

This leads to relaxation and calm across the body, and intoxication or pleasure in higher doses.

Alcohol also increases GABA sensitivity to a certain degree while suppressing the effect of glutamate and stimulating dopamine release, resulting in CNS depression, intoxication, and pleasure.

Over time, alcohol toxicity and its depressant effects can damage or even kill neurons, leading to a condition known as alcohol-related brain-damage (ARBD) which can resemble dementia, amnesia, or traumatic brain injury.

Given that benzodiazepines and alcohol both have similar (though not identical) effects on the brain, it does follow that high-dose, long-term benzodiazepine abuse could also lead to some level of structural brain damage similar to that resulting from long-term alcohol abuse.

However, long-lasting or possibly permanent side effects impacting memory, behavior, and cognition (thinking) are another matter.

According to her influential work called the Ashton manual, “the drugs cause a specific deficit in ‘episodic’ memory, the remembering of recent events, the circumstances in which they occurred, and their sequence in time.”

This short-term impairment can persist over long-term benzodiazepine use, which is also known to cause further cognitive and mental health-related effects, including rebound conditions which benzodiazepines are often prescribed to manage.

Cognitive impairments associated with long-term benzodiazepine use include:

In the same way that individuals with alcohol-related brain-damage can recover to a greater or lesser degree after they stop drinking, those with cognitive dysfunction or brain damage due to benzodiazepine use can recover after they quit the drug.

In general, cognitive function improves during the first six months after discontinuation, though some effects may take much longer to return to normal, or may never fully recover.

Recovery often involves managing benzodiazepine withdrawal symptoms through a very gradual tapering process with dosage slowly decreasing over time. Benzodiazepine tapering can take months or years depending on the individual.

If you or a loved one suffers from any form of benzodiazepine addiction or dependence, substance abuse treatment programs are available. Please contact us today to learn more about our personalized detox and addiction treatment recovery programs.

Newcastle University - Benzodiazepines: How They Work & How to Withdraw
The Journal of Clinical Psychiatry - The effects of benzodiazepines on cognition
The Ochsner Journal - Benzodiazepine Pharmacology and Central Nervous System–Mediated Effects