Is Alcohol A Gateway Drug? 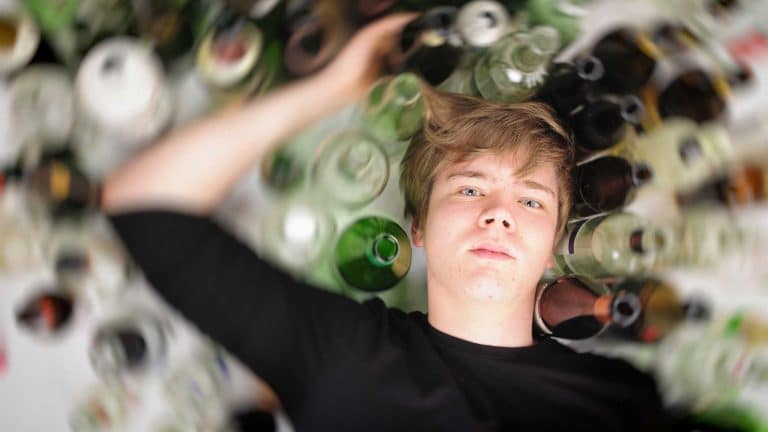 Alcohol has often been suggested as a “gateway drug” to more powerful illicit substance use. Cocaine, marijuana, methamphetamines, and heroin are often talked about when discussing alcohol use in teenagers.

There is evidence that the use of alcohol in middle school and high school can lead to other forms of drug abuse later on in life. Other factors, such as genetics, mental health, and upbringing, may also be considered when looking at potential causes.

The Gateway Drug Theory or Gateway Hypothesis suggests that a young person who uses “less dangerous” substances will be more likely to use stronger illicit substances later on in life.

This hypothesis has been around since the 1970s. It has been debated in the medical world, but many studies support its claims.

Alcohol, cannabis, and cigarettes are often cited as “gateway drugs” that lead to stronger or “harder drugs” as teenagers become young adults and beyond.

Alcohol use in middle school and high school is linked to a higher prevalence of cocaine use, marijuana use, and tobacco use. One study shows that 90% of children who smoked marijuana had already smoked tobacco or drank alcohol.

This study reported that 99.9% of children aged 12-17 who abused cocaine had already abused alcohol, cannabis, or tobacco. These studies suggest a strong connection between alcohol use and abuse of more potent drugs.

Is Alcohol The True Gateway Drug?

Alcohol can make the brain more vulnerable to other addictive substances, such as cocaine, heroin, and prescription opioids. Long-term alcohol use can affect the neurotransmitter dopamine, a chemical in the brain which controls reward and motivation.

Many addictive drugs also affect dopamine levels. Taking these substances after drinking alcohol can increase their effects, and make them even more addictive.

Alcohol abuse has high comorbidity (happening at the same time) with mental health disorders such as bipolar disorder, major depressive disorder, and schizophrenia.

Many of these mental health disorders have high comorbidities with other forms of substance abuse, including cannabis and cocaine.

If you see a family member struggling with alcohol addiction or alcohol abuse, you may want to get help for them.

Getting help can decrease their chances of other issues later on in life, including other forms of substance abuse, liver damage, alcohol withdrawal, and other health problems.

To find the best treatment center available to you or your loved one, please contact us today.

National Institute on Alcohol Abuse and Alcoholism - Comorbidity of Alcoholism and Psychiatric Disorders
National Institute on Drug Abuse - Is marijuana a gateway drug?
PubMed Central - Alcohol as a gateway drug: a study of US 12th graders
PubMed Central - “Gateway hypothesis” and early drug use: Additional findings from tracking a population-based sample of adolescents to adulthood
U.S. Department of Justice - Cigarettes, Alcohol, Marijuana: Gateways to Illicit Drug Use