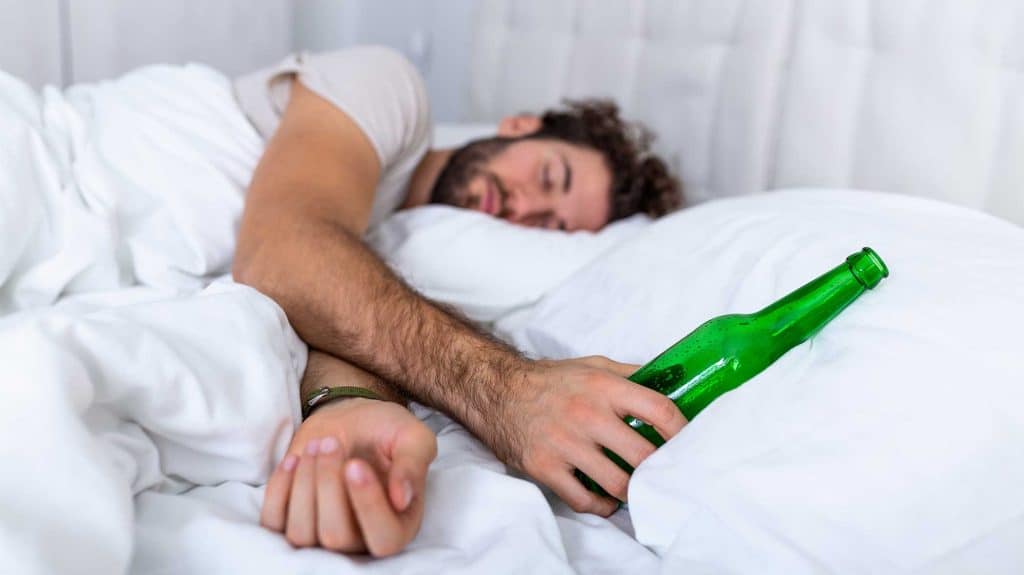 Have you ever forgotten some or all of what happened while you were drunk? You likely experienced a type of memory loss called an alcohol-induced blackout.

Like other forms of memory loss, alcohol blackouts pose serious risks, including physical injuries, legal problems, and damaged relationships. If you frequently experience blackouts or loss of memory from alcohol abuse, you may be struggling with addiction.

A fragmentary blackout is the most common type of blackout. It’s sometimes called a “brownout” or “gray out.” That’s because it only causes partial memory loss.

In other words, you’ll forget some things that happened while you were drunk, but not everything. You may also be able to recover lost memories via reminders or cues.

A complete blackout (also called an en bloc blackout) makes you forget everything that happened while you were blackout drunk. In most cases, you won’t be able to recover lost memories, even with reminders or cues.

Whether fragmentary or complete, blacking out does not make you lose consciousness. Instead, you remain awake and aware, but your brain loses the ability to store new memories.

A blackout occurs when alcohol disrupts the process of memory formation. Specifically, it prevents short-term memories from moving to long-term storage in a part of the brain called the hippocampus.

You’re more likely to experience a blackout when you have a high blood alcohol concentration (BAC). BAC refers to the amount of alcohol in a person’s bloodstream (also called blood alcohol level).

Most blackouts occur in people who have a BAC of at least 0.16% (which is almost twice the legal driving limit), especially if it rises quickly.

Your BAC tends to rise quickly when you binge drink. According to the National Institute on Alcohol Abuse and Alcoholism (NIAAA), binge drinking means:

Your BAC may also rise quickly and cause a blackout if you drink alcohol on an empty stomach. When you don’t have food in your stomach, your bloodstream absorbs alcohol more rapidly.

Who’s At Risk Of Alcohol Blackouts?

Anyone can experience an alcohol blackout, regardless of age or gender. However, women generally face a greater risk of alcohol blackouts than men. That’s because women typically have less water in their bodies, which makes their BAC levels rise more quickly.

You also face a higher risk of blackouts if you have a brain injury or a history of alcohol addiction (also called alcohol use disorder).

Finally, even if you don’t have a high BAC, you may experience a blackout if you drink large amounts of alcohol while taking benzodiazepines or barbiturates. That’s because these drugs act similarly to alcohol.

Blackouts occur when you drink too much alcohol. Thus, they pose the same short-term and long-term risks as unhealthy drinking habits and excessive alcohol consumption.

During an alcohol-related blackout, your decision-making skills will likely suffer. You might engage in risky behaviors you normally avoid, such as:

You may also trust people you usually wouldn’t and end up in dangerous situations.

In addition, because excessive alcohol use impairs your coordination, you may slip, fall, or have similar accidents.

With frequent alcoholic blackouts, you likely face a high risk of alcohol addiction. This disease makes you feel unable to control your alcohol consumption despite negative consequences. Addiction and long-term heavy drinking can lead to various health problems, including:

Alcohol addiction also causes alcohol dependence. That means your body starts relying on the drug to function. If you stop drinking, you may experience alcohol withdrawal symptoms.

Some people only have mild symptoms, such as anxiety, irritability, and trouble sleeping. Others experience more serious symptoms like confusion, hallucinations, and seizures.

Blackouts don’t always indicate alcohol abuse or addiction. However, if you’ve been experiencing them, you should talk to your health care provider. They can help you determine whether you have a drinking problem and need treatment.

What Is Wernicke-Korsakoff Syndrome?