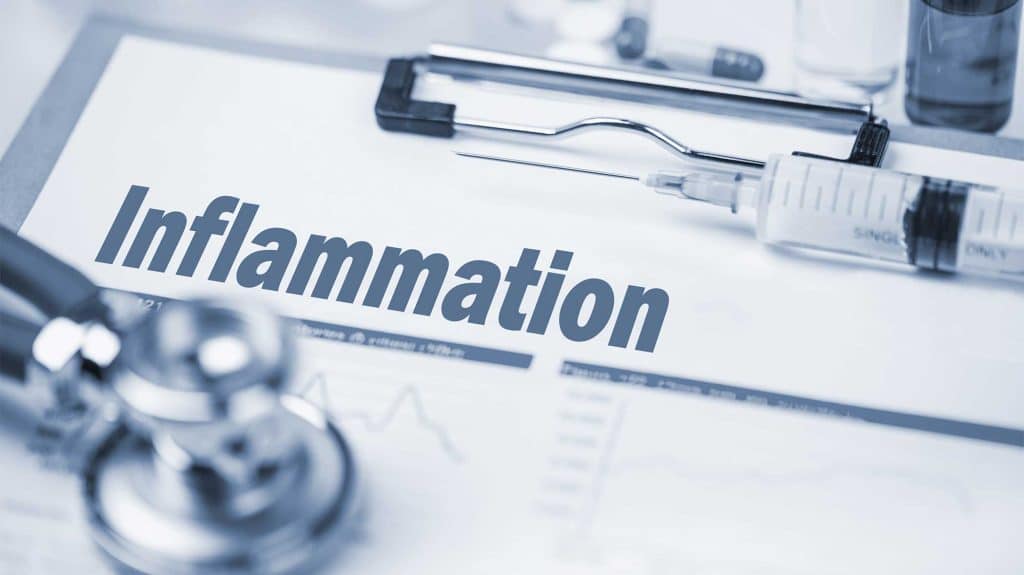 One side effect of heavy alcohol abuse is chronic inflammation. Inflammation caused by alcohol can happen in many parts of your body, including your joints, muscles, and organs.

Chronic inflammation can be a serious medical condition, which can lead to health problems such as chronic pain, organ damage, and even death in severe cases.

Some studies have suggested that moderate drinking of alcohol can actually reduce inflammation. This can be helpful for some, but for many, the fine line between moderate and heavy drinking, as well as the increased risks of heavy drinking, make it too risky to try.

Alcohol can cause inflammation in your joints, muscles, and organs. Inflammation can be short-term or chronic. Inflammation is often the result of your nervous system telling receptors across the body to respond to a potential problem.

The effects of alcohol can lead to inflammation in multiple ways. One way is through the bacteria lipopolysaccharide (LPS), which normally lives in the stomach. Alcohol use can cause LPS amounts to go up in other parts of the body, which is known to cause inflammation.

Alcohol is known to cause hypoxia (reduced oxygen) in the blood, which can cause cell damage including necrosis and inflammation. Alcohol’s general weakening of the immune system may also contribute to certain types of inflammation.

Hepatitis is a form of liver damage where the liver becomes inflamed. Hepatitis can be caused by alcohol as well as other risk factors.

An inflamed liver can cause side effects such as jaundice (yellowed skin and eyes), malnutrition, abdominal swelling due to fluid buildup, and other problems.

Hepatitis is often one stage of a larger liver disease. If left unchecked, it can progress into liver cirrhosis and even forms of liver cancer.

Alcohol can make inflammatory conditions in your small and large intestines. Alcohol consumption can change the barriers in your gut, making it easier for pathogens (harmful substances) to get in.

Chronic inflammation in the colon can lead to medical conditions including irritable bowel syndrome, forms of inflammatory bowel disease, and even colorectal cancer.

Inflammatory arthritis is an autoimmune disorder where your joints lose some function. Pain, stiffness, difficulty moving, and swelling are common side effects of arthritis.

Studies on the link between alcohol and forms of arthritis are varied.

Some studies suggest moderate drinking can reduce the risk of rheumatoid arthritis. Others suggest alcohol-induced inflammation can lead to osteoarthritis, a degenerative condition where you lose cartilage over time.

More research may be needed to find out how alcohol and arthritis are related.

​Can Alcohol Reduce Inflammation Instead Of Causing It?

Some studies show that moderate amounts of alcohol can have an anti-inflammatory effect, instead of an inflammatory one. Some have even suggested moderate alcohol use as a way to fight inflammation, especially forms of cardiovascular disease and arthritis.

These studies base claims around the presence of two inflammatory markers in the body, known as c-reactive proteins and interleukin-6. If these markers of inflammation are in the body, that is often a risk factor for forms of cardiovascular disease such as heart disease.

Moderate alcohol consumption is associated with lower amounts of these inflammatory markers. Despite this apparent health benefit, more research may be needed.

Alcohol can also cause inflammation in higher amounts, making it an unlikely option for people who struggle with alcohol intake.

Inflammation is one of many health problems that can be caused by alcohol. Some studies suggest that moderate drinking can help with inflammation, and some articles even suggest drinking a glass of wine every so often as a potential solution.

For many people, the health problems that can come with alcohol outweigh the potential benefits. Some cannot control their drinking, and what was supposed to be a way to keep healthy can turn into a long-term alcohol use disorder.

A chronic drinking problem may require professional help. To find alcohol addiction treatment that can improve your overall health and wellness, contact us today.

Does Alcohol Cause Cancer?

How Alcohol Affects The Immune System