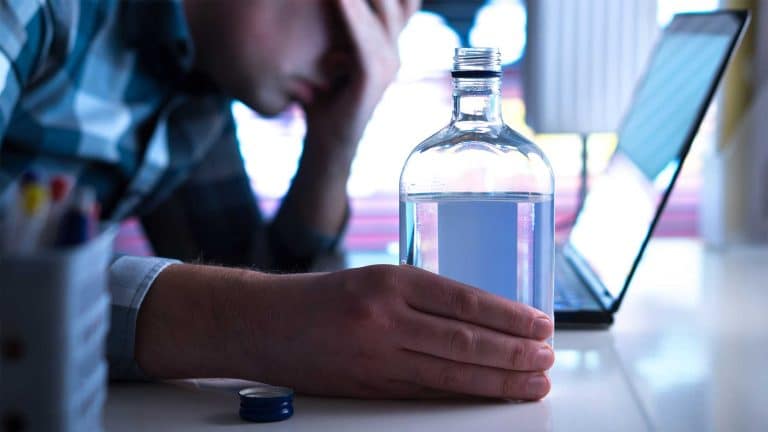 Attention-deficit hyperactivity disorder (ADHD) is a common childhood diagnosis in the United States. A 2016 report by the National Survey of Children’s Health estimated that 12.9% of boys and 5.6% of girls have the condition.

While most find their symptoms diminish with age, many ADHD diagnoses persist into adulthood to a greater or lesser degree.

Unfortunately, adults and teenagers with ADHD are known to have a higher risk of developing an unhealthy and dangerous relationship with alcohol for a number of reasons.

Symptoms of ADHD vary from individual to individual. But, in general, ADHD causes mental and physical effects related to hyperactivity, impulsiveness, and inattention.

Due to these effects, research has shown that when compared with the general population those with ADHD tend to:

These relationships may exist for any number of reasons, ranging from impulsive behavior and lack of inhibition, to self-medication through alcohol intoxication, to distractibility and impatience leading to frequent overindulgence.

Whatever the case, the connection between substance abuse and adult ADHD is well-recognized, with research showing that up to 25% of those who ultimately seek treatment for a substance use disorder also have some form of diagnosed or undiagnosed ADHD.

ADHD is subdivided into three distinct types or forms, each with different outward and inward symptoms that may be more or less easy for clinicians, family members, and even individuals themselves to recognize.

Because alcohol acts as a central nervous system depressant, slowing down physical and mental energy, it may be used by those with ADHD to self-medicate, counteracting some of these symptoms for a short period of time.

But when too much alcohol is taken, known as binge drinking, it can aggravate ADHD symptoms including poor focus, mental cloudiness, lack of inhibition, and others.

And if alcohol is used too often over a long period of time, the effects can be just as concerning, including:

When properly dosed and used responsibly, these short- or long-acting medications can improve the mental health of those with ADHD by stimulating the release of the neurotransmitters dopamine and norepinephrine, improving concentration and mental clarity.

Alcohol, however, is a depressant. When stimulants and depressants are mixed the results can be unpredictable and dangerous.

Mixing alcohol and ADHD medications also increase the risk of alcohol poisoning, which can cause permanent brain damage or be fatal.

Alcohol poisoning can be harder to recognize if an individual has also taken ADHD medications, but the symptoms should still be observable and are likely obvious:

It’s also important to note that alcohol poisoning can develop even after someone stops drinking, as the alcohol already in their stomach will continue to be absorbed.

If you suspect alcohol poisoning has occurred, call for emergency medical attention at once.

When a mental health condition contributes to a substance use disorder it is known as comorbidity or dual diagnosis. Dual diagnosis treatment programs use an integrated approach to address both conditions simultaneously.

In the case of ADHD, treatment often begins with a brief initial focus on the substance use before refocusing on ADHD, which is primarily managed through medications.

In other words, in order to successfully treat the alcohol dependency, the clinicians first have to find the right dosage of the right prescription medication to get a participant’s ADHD symptoms under control, so they can face the rest of the treatment process with a clear mind.

Once this is taken care of, AUD is treated like any other form of drug addiction, beginning with medical detox before transitioning into behavioral therapy, motivational therapy, counseling, and support group participation.

Depending on the level of alcohol abuse involved, approved medications may also be used to help with withdrawal symptoms or discourage relapse.

To learn more about our treatment programs for yourself of a loved one, please contact an Ark Behavioral Health representative today.