Mixing Different Types Of Alcohol | Is It Really That Bad? 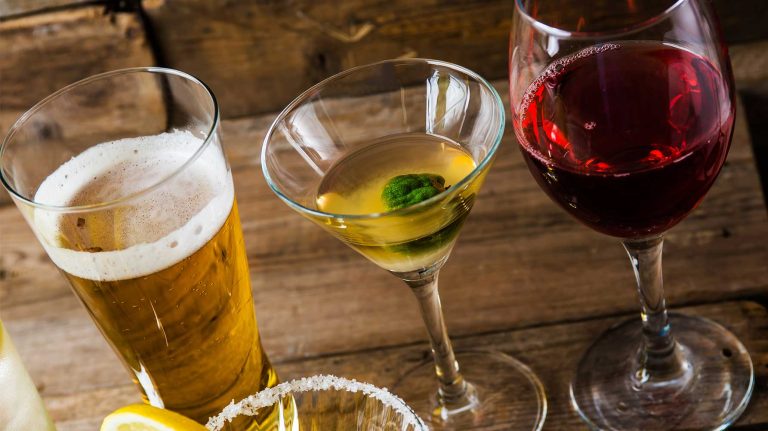 Beer, wine, and spirits are the three main types of alcohol. It is common advice to avoid drinking them together and to avoid mixing them together. Many people believe that mixing alcohol can lead to worse hangovers, more intense alcohol poisoning, and other negative effects.

Keeping an eye on how much alcohol you drink, instead of the types, maybe more helpful in the long run.

Effects Of Mixing Alcohol On The Body

Alcohol is a central nervous system depressant that slows down activity in your brain. Mixing alcohol likely means introducing more alcohol into the body. The effects of alcohol will likely be stronger, similar to drinking more of a single type of alcohol.

The main ingredient in most alcoholic beverages is ethanol, which is responsible for most of the effects of alcohol on your body. The presence of other chemicals in various alcoholic drinks may have led to the belief that mixing alcohol is dangerous.

By mixing different kinds of alcohol, you may be unknowingly drinking higher amounts of congeners, which can lead to a more intense hangover, nausea, and dizziness the next day.

Mixing Alcohol & Drinking Too Much

Drinking too much alcohol can cause side effects such as:

Is Mixing Alcohol Riskier Than Drinking One Type?

Many of the effects of mixing alcohol can just be attributed to drinking alcohol too much.

Despite common sayings such as “beer before liquor, never been sicker,” drinking different kinds of alcoholic beverages will probably not make you more intoxicated than drinking the same amount of one type.

Congeners can affect how intense your hangover is the next day, but may not affect how drunk you feel or damage your body like ethanol can. Up until now, little research has been done on how different types of alcohol interact with each other, if they interact at all.

Mixing alcohol with medications can be much more dangerous than mixing different types of alcohol together. The U.S. Food and Drug Administration (FDA) warns patients on their labels not to mix alcohol with known high-risk substances.

Alcohol is known to cause drug interactions with many over-the-counter and prescription medications, including:

Mixing alcohol with these substances can lead to a higher risk of liver damage, irregular heart rate, heart attacks, overdose, and other effects depending on the medication.

Talking to your doctor about your drinking habits and history of medications can help you avoid these interactions.

Mixing alcohol can be a sign that you drink large amounts of alcohol regularly. Consistent heavy drinking can lead to an alcohol use disorder in some cases, where your physical and mental health declines due to continued alcohol use.

A variety of treatment programs for alcohol use disorders are out there. These programs likely include undergoing therapy, managing withdrawal, and finding support groups.

If you suspect yourself or a loved one may need treatment for their drinking habits, contact your healthcare provider or call us today.

National Institute on Alcohol Abuse and Alcoholism - Harmful Interactions
New York Times - The Claim: Mixing Types of Alcohol Makes You Sick - The New York Times
PubMed - The role of beverage congeners in hangover and other residual effects of alcohol intoxication: a review