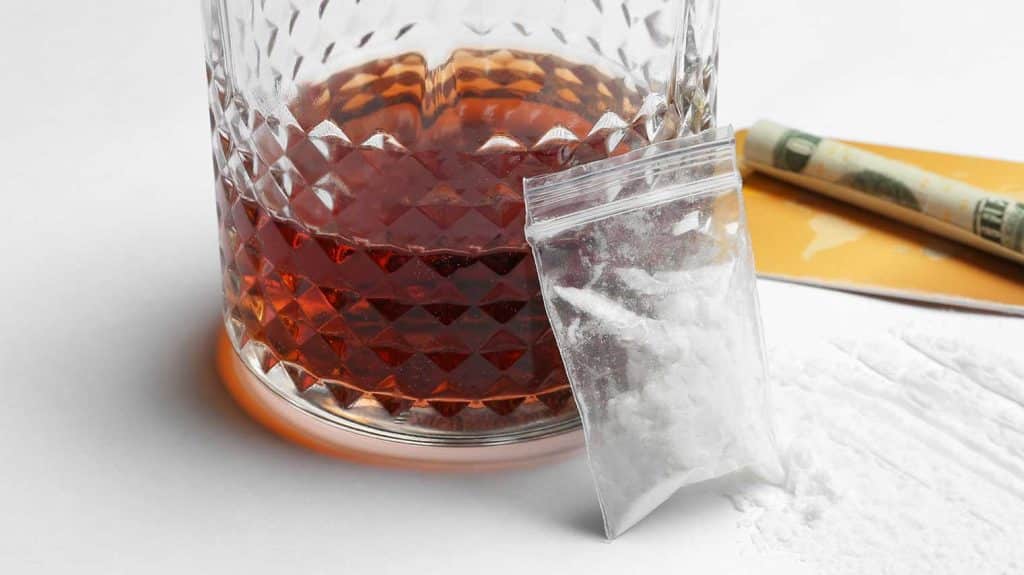 Misuse of any psychoactive or habit-forming substance can be harmful, especially at high doses or over a long period of time.

Polysubstance abuse, or the act of misusing or different substances in combination, can be even more devastating. Mixing alcohol and meth can accelerate the damage of each substance individually and greatly increase the risk of dangerous and unpredictable short-term effects.

Alcohol and methamphetamine, also known as crystal meth, are two very different substances with different, and in some ways, contradictory effects.

When a person drinks excessively in a short period of time, known as binge drinking, alcohol can initially act somewhat like a stimulant by triggering the release of dopamine, before shifting and acting as a relatively potent depressant.

Once the effects of alcohol intoxication wear off individuals may experience a range of symptoms known collectively as a hangover. These symptoms commonly include:

Alcohol poisoning is a dangerous potential side effect of drinking alcohol in excess. In some cases, it can result in coma or death due to alcohol’s effects on a person’s breathing, heart rate, body temperature, and gag reflex

Methamphetamine, which is metabolized by the body into amphetamine, is a powerful stimulant drug that accelerates central nervous system (CNS) activity, even after a small dose.

This surge trips a surge of dopamine in the brain, which is felt like a euphoric rush and pleasurable high that immediately primes the mind to crave and seek out repeated meth use in the future.

Other short-term effects of using methamphetamine include:

However, once a methamphetamine high wears off, the physical and mental effects of a meth crash can be profound, with many reporting:

Methamphetamine abuse can also be fatal, as the drug is able to cause overdose complications such as heart attack, stroke, seizures, kidney failure, and overheating.

When used in combination, the effects of alcohol and methamphetamine can be unpredictable.

Alcohol can have initial effects resembling those of a stimulant before transitioning to overall depressant effects.

These effects may enhance the overall potency of methamphetamine, further impairing a person’s consciousness and increasing the risk of serious side effects such as:

The stimulant effects of meth may also counteract the depressant effects of alcohol and vice versa, causing a person to overestimate their true condition. This puts individuals at an increased risk of either alcohol poisoning or methamphetamine overdose.

The physical and mental health effects of chronic alcohol/methamphetamine combination substance abuse can be extremely destructive. Each drug enhances the damage done by the other substance individually. These effects are known to include:

While any form of addiction can be difficult or painful to address, cases of polysubstance abuse likely require professional care and close attention throughout the detox/tapering process and later stages of recovery.

Ark Behavioral Health treatment providers working in our east coast treatment centers are specifically trained to provide this level of care for cases of polysubstance abuse.

To find out if you or a loved one are a good fit at one of our addiction treatment facilities, please connect with us today.

National Institute on Drug Abuse (NIDA) - Methamphetamine DrugFacts
National Institute on Alcohol and Alcoholism (NIAAA) - Binge Drinking
Centers for Disease Control and Prevention (CDC) - Alcohol Use and Your Health
Journal of Addiction Research and Therapy - Alcohol Interactions with Psychostimulants: An Overview of Animal and Human Studies

Side Effects Of Meth Addiction