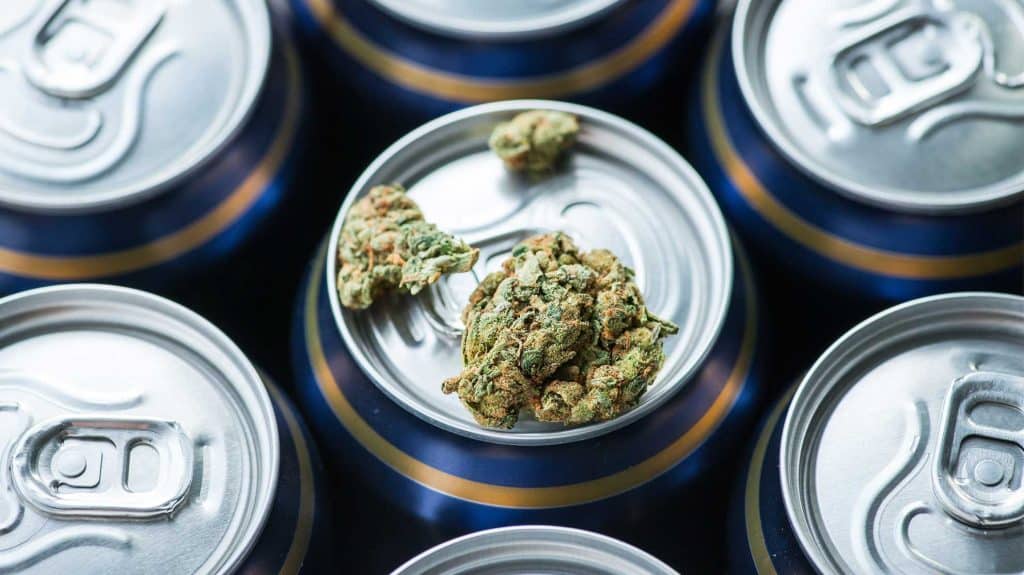 Mixing alcohol and marijuana together is a form of substance use known as “crossfading.” A crossfade might be done to get a more intense high or for social reasons.

Crossfading may be fairly popular among people who take part in drinking alcohol and smoking weed. Instead of doing them separately or at different times, they may be more likely to do both at the same time.

Crossfading is linked to higher instances of alcohol abuse, driving while under the influence, and long-term health problems. A “crossfaded” high may also be too intense for some people, leading to side effects like vomiting, paranoia, hallucinations, and alcohol poisoning.

If you drink alcohol before you smoke weed, or if you mix alcohol and weed, alcohol may change how your body absorbs marijuana. Studies from 2011 and 2015 showed even a small dose of alcohol in the blood led to higher levels of THC absorption.

THC, or delta-9-tetrahydrocannabinol, is the main part of marijuana with mind-altering effects. THC is not a depressant, but alcohol may speed up THC absorption by widening blood vessels in the lungs. However, not all studies agreed with these findings.

Being “crossfaded” can make both alcohol’s and weed’s effects stronger. This may also include the negative effects as your decision-making becomes even more impaired. If you drink or smoke too much at the same time, you may experience:

Alcohol and marijuana abuse come in many forms. Using too much of one can be a form of substance abuse. Mixing them together and hurting your health can also be a form of abuse.

Alcohol use disorders have been widely studied but cannabis use disorders are still a fairly new idea in the medical world. Both can be harmful to your mental health, leading to the continued use and continued health problems.

Even if you want to quit drinking or smoking, you may not know where to start. An addiction treatment facility with a wide selection of treatment programs can be a helpful resource. To find a program that works for you and your loved ones, contact our helpline today.